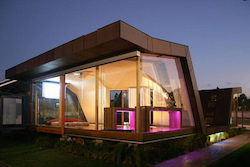 In its 2019 forecast, GlobalData predicts increased clarity around the role of communications service providers in smart homes.

The data research firm’s briefing notes state, “With Amazon and Google doubling down on artificial intelligence (AI) capabilities for device control in the home, carriers are increasingly challenged to move beyond the dumb pipe role for the smart home.” Some carriers are pushing to make their own platforms into a central hub for the smart home, but so far the market remains fragmented. According to GlobalData, “In 2019, it will become clearer which approaches, if any, will be able to raise carriers’ profile in the smart home.”

GlobalData’s outlook for the year ahead also flags an opportunity for operators to seize the role of trusted data custodian, as concerns over privacy ramp up. In 2019, GlobalData expects debates around data privacy and regulation to deepen – particularly as technology companies strive to balance regulation with innovation and a move into areas such as data monetisation.

However, GlobalData notes: “In the meantime, enhanced awareness and concern around data privacy spell a real opportunity for carriers to reposition themselves in the market as the more reliable caretaker of their customers’ data, and we could well see the launch of new carrier services and initiatives underlining that point in 2019.”

It wouldn’t be a 2019 telco prediction article without the mention of 5G. GlobalData expects “a trickle before a rush”. A number of operators are gearing up to launch 5G services in 2019. However, with its gaze trainined primarily on the consumer market, GlobalData says adoption is unlikely to pick up until late 2019 and early 2020. The company puts this down to minimal coverage, poor device availability and a lack of clearly differentiated 5G B2C (business-to-consumer) use cases. It also cites the fact that Apple reportedly won’t launch a 5G handset until 2020 as a factor which will slow adoption.