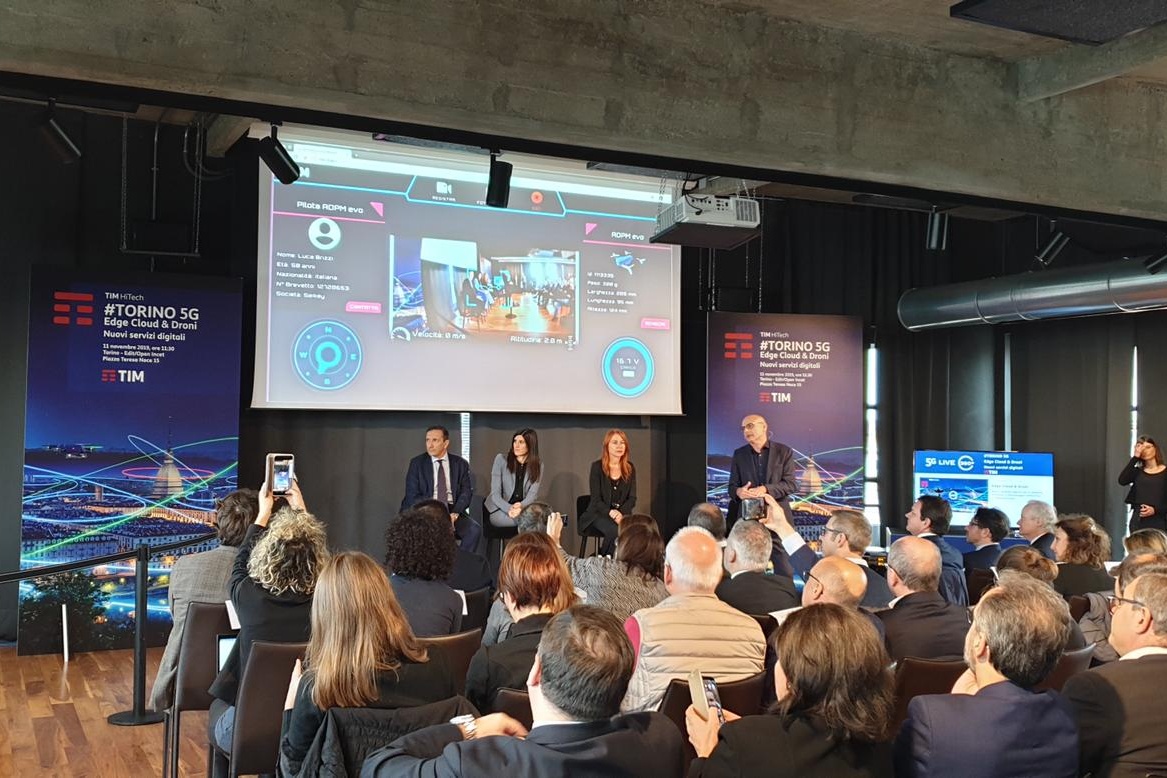 TIM and the Municipality of Turin have turned on TIM’s 5G Edge Cloud live network, claiming it is the first of its type in Europe.

TIM’s solution aims to guarantee very high bandwidth and low latency, allowing large amounts of data to be aggregated and processed, while respecting customer privacy and allowing greater flexibility in the configuration of services and applications.

At the launch event, TIM demonstrated the 5G Edge Cloud network with an application related to network-connected drones.  The demo showed how both the drone and the control system are connected to the 5G Edge Cloud at very low latency and use a secure radio channel, blocking any attempted interference with the drone.

This could help ensure drones can be flown safely even in densely populated areas, such as city parks and industrial areas.

TIM demonstrated how because the network has an ample data collection capacity and concentrates processing in the part of the network closest to the terminals (i.e. close to the customer), it is possible to simultaneously watch a 4K live video on numerous 5G terminals.

Trials will begin soon with drones connected to TIM’s 5G Edge Cloud network for new environmental and infrastructure monitoring services in the City of Turin.

These will include monitoring: city rivers to allow preventative measures to be taken to avoid or reduce potential flooding risk; important city monuments to ensure any necessary preservation work can be planned; and city parks, to provide greater safety.

Luigi Gubitosi, TIM’s CEO, said, “We will invest in a new data centre in Turin. We aim at becoming a European benchmark in this business, with state-of-the-art technology. This is a business that grows by 20% every year in Italy.

Ours is a significant commitment. TIM is strongly contributing to the digitisation path of the country: technology must improve people’s lives and 5G is a life-changing technology.”

TIM has an R&D facility in Turin. In 2019, TIM and the City of Turin signed a three-year Memorandum of Understanding to collaborate on technical innovation.