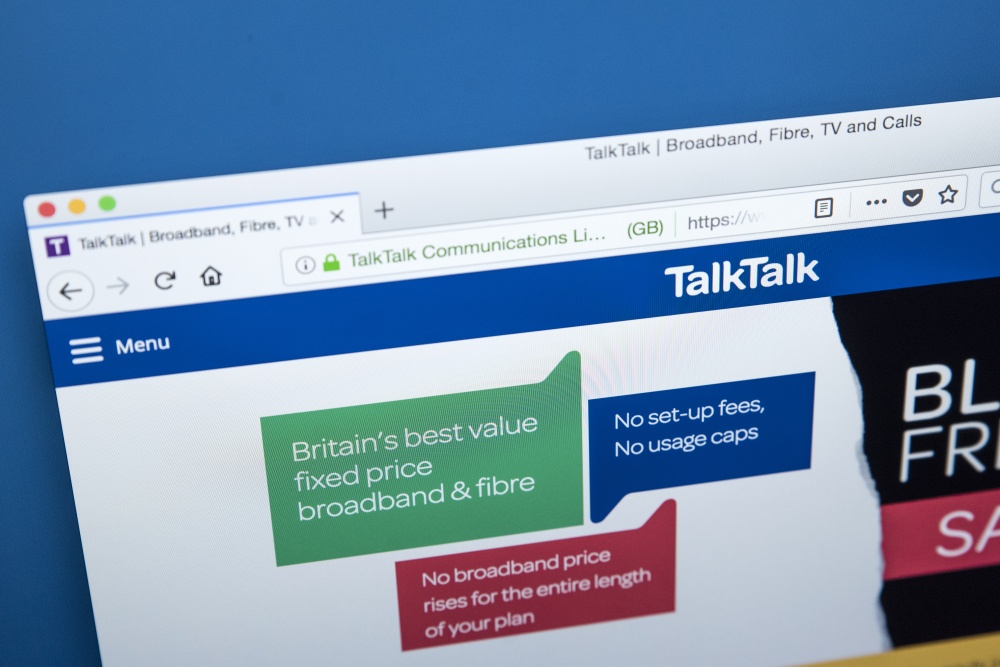 The alternative UK broadband service provider has confirmed rumours it is in takeover negotiations with an existing shareholder.

It said in a statement that the potential buyer is hedge fund Toscafund Asset Management, which currently is the operator’s third largest shareholder with a 29.09% stake. The fund has until 5 November – which is Bonfire Night in the UK – to make a binding offer or back off.

Since then, its share price fell to a low of 69.5 pence in the summer.

At the end of March, TalkTalk had 4.2 million fixed broadband customers and revenues of slightly more than £1.5 billion and an operating profit of £197 million – an increase by a factor of four on its previous financial year.

However, some would say TalkTalk has never got over the infamous data breach of 2015 in which it is thought 157,000 customers’ bank and other personal details were stolen. The highhanded response of its then CEO, Dido Harding, didn’t not help.

The company admitted the incident had cost it £60 million and lost it 95,000 customers.

TalkTalk also does badly in the UK regulator’s customer service rankings, while Dido Harding as gone to become the inaugural chair of the National Institute for Health Protection, a new body that will be formed as a result of the merging of Public Health England and NHS Test and Trace, and handle a great deal of sensitive information. It is a politicial appointment.