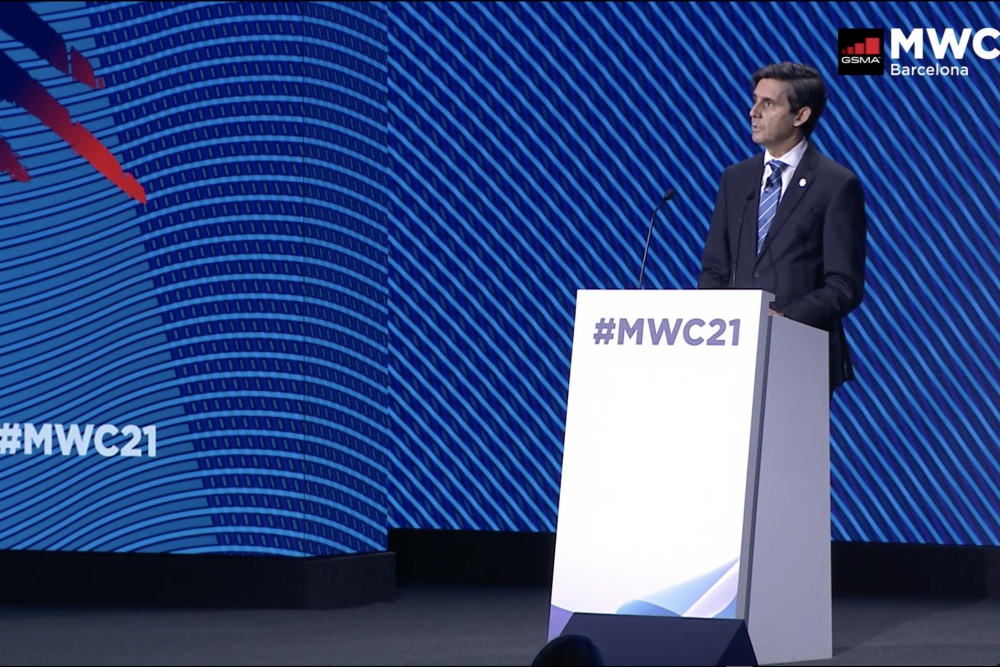 Telefónica’s Chair, José María Álvarez-Pallete, used his speech today at the opening of a session of MWC on the theme of Our Connected World, to highlight the potential and the opportunity of digital transformation and call for government support to avoid Europe being left behind.

He said the last year "has been like travelling in a time machine five years ahead in terms of adoption of technology", and underlined the new world that is opening up for networks.

He said they "are no longer just carrying data but enabling the world of the artificial intelligence. As much as a 40% of Internet traffic is non-human, generated by machines that are talking to each other" and that AI is going to transform that world.

Álvarez-Pallete has placed cutting-edge connectivity as "the first ingredient" of the new smart digitization, followed by "technologies like edge computing, cloud, cybersecurity, IoT and big data".

He said the final enabling ingredient is AI, and that, “Governments need to attract investment in the smart digital infrastructure that will make all that possible" and they need to do it now.

"We need to react to keep up with the opportunity. To grab it, Europe needs a sustainable telco sector, otherwise we will lag further behind in the global race for digital leadership,” he added.

"We reclaim a new regulatory framework and competition rules to build a strong digital Europe", he demanded. This call proposes a necessary change to take full advantage of digitization as a transformative lever that can generating growth, quality jobs, sustainability and inclusion.

He concluded, “We need a new Digital Deal to manage the digital transition with values and people at the core".