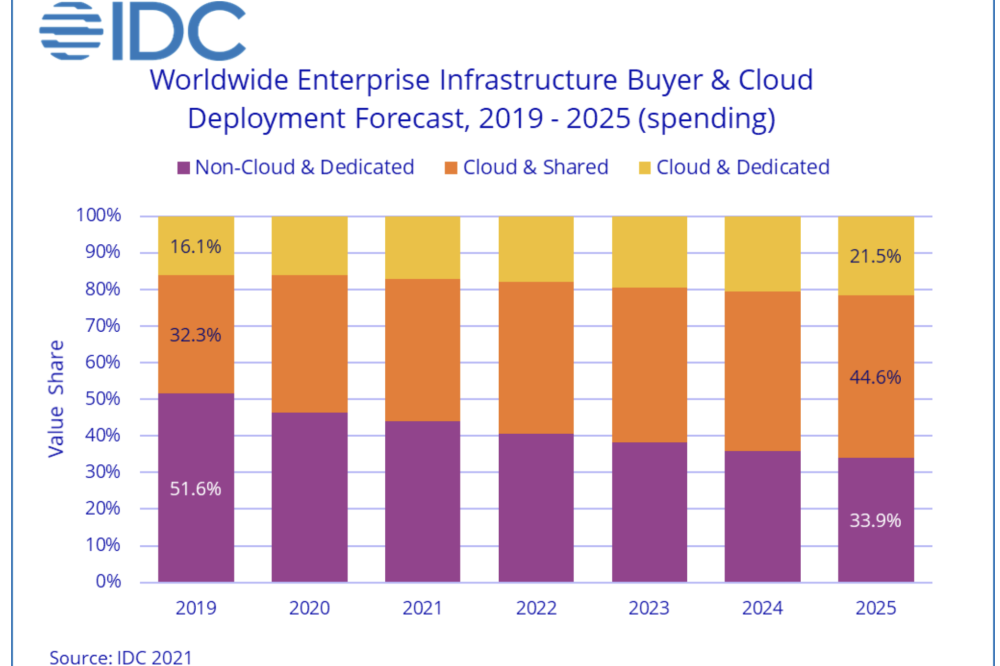 According to the International Data Corporation (IDC) Worldwide Quarterly Enterprise Infrastructure Tracker: Buyer and Cloud Deployment, spending on compute and storage infrastructure products for cloud infrastructure, including dedicated and shared environments, increased 12.5% year over year in Q1 of this year.

This compares with investments in non-cloud infrastructure increasing at 6.3% year on year in 1Q21 .

IDC says that as the market slowly begins to emerge from the pandemic, sectors of the economy that had suffered the most revenue loss are returning to growth.

It predicts that a lasting impact on IT infrastructure will be an increased reliance on cloud platforms for delivering commercial, educational, and social applications, as well as an intensified focus among organisations on business continuity and risk management.

All of which will help to drive digital transformation and increase usage of as-a-service delivery models.

Spending on dedicated cloud infrastructure increased 14.7% year over year in 1Q21 to $4.8 billion with 45.5% of this amount deployed on customer premises. IDC expects that cloud environments will continue to outpace non-cloud throughout its forecast.

IDC expects compute and storage spending by service providers to reach $74.7 billion for 2021, growing at 11.1% year over year.

Spending on cloud infrastructure increased across most regions in 1Q21, with the highest annual growth rates in Canada (40.3%), China (PRC) (35.0%), and Asia/Pacific excluding Japan and China (APeJC) (28.8%). Western Europe grew 10.8%, the United States grew 4.5%, and Japan declined 1.1%. The smaller regions had mixed results and collectively grew 0.1%.

At the vendor level, all major vendors grew their cloud infrastructure revenue in 1Q21, with the highest growth rates belonging to Lenovo (38.2%) and Huawei (37.9%). Huawei, Lenovo, and HPE/H3C (a) each grew their market share compared to results from the prior year's first quarter. 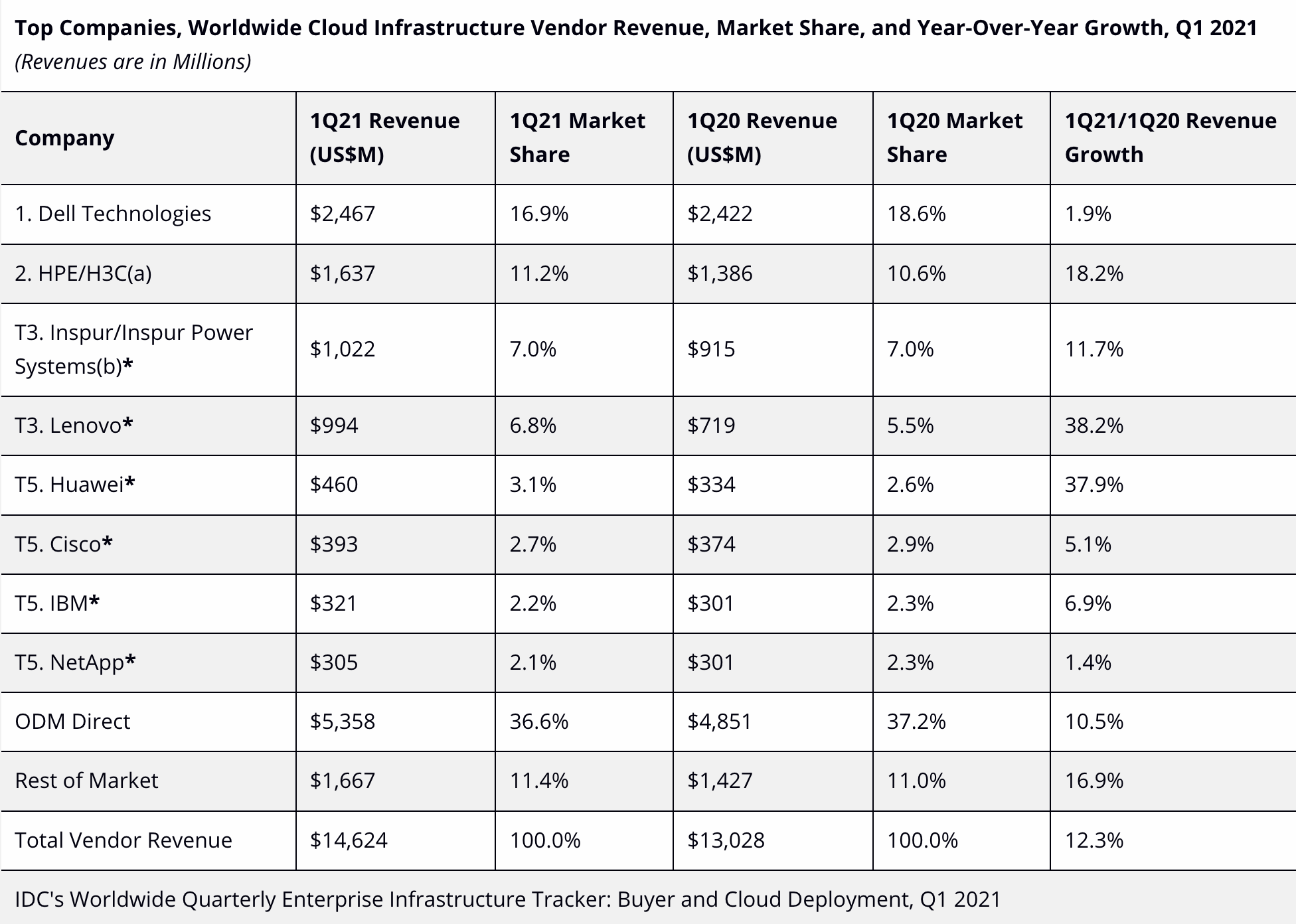 *     IDC declares a statistical tie in the worldwide cloud IT infrastructure market when there is a difference of one per cent or less in the vendor revenue shares among two or more vendors.

a.    Due to the existing joint venture between HPE and H3C, IDC is reporting external market share on a global level for HPE and H3C as "HPE/H3C" starting from 2Q 2016. Per the JV agreement, Tsinghua Holdings subsidiary, Unisplendour Corporation, through a wholly owned affiliate, purchased a 51% stake in H3C and HPE has a 49% ownership stake in the new company.