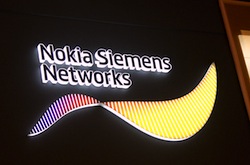 NSN said the complete solution provides service capabilities that enable operators to analyse, plan and deploy their own WiFi networks, as well as integrating with partner WiFi networks and optimising performance.

“Nearly all smartphones and tablets have the ability to use WiFi. Operators have a clear opportunity to use this mature, cost-effective technology to enhance the experience of mobile broadband, especially in underserved indoor public areas”, said NSN’s Randy Cox, head of Small Cell Product Management.

“With our Smart Wi-Fi, mobile operators can integrate and control WiFi networks to deliver a cellular-like experience on WiFi as part of a broader HetNet”.

Its flagship Flexi Zone architecture has been extended to include new Micro and Pico base stations for LTE and WiFi.

According to NSN, the new next generation technology is designed to be deployed in “hot zones” – areas of high subscriber density such as shopping malls and airports – so that operators can evolve initial hotspot deployments to scale up capacity while lowering costs as compared to a traditional small cells deployment.