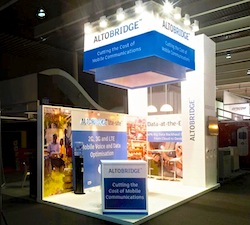 Wireless network solutions provider Altobridge has launched a platform at the Small Cells World Summit that enables multi-layered caching both at the base station and on subscribers’ mobile devices, to aid operators in freeing up their core macrocell radio access networks.

Altobridge’s Data-at-the-edge software enables operators to provide content at the edge of their networks together with help from Intel’s low-power single and multi-core Atom processors, which can be placed in small cells as well as in the Management Gateway located in the core network.

Altobridge has already deployed its software commercially with Southeast Asian operator Maxis in Malaysia in November 2012, but today’s announcement extends the caching capability all the way to the subscriber’s handset.

“Before this, the content server was located outside the packet core, and it doesn’t make sense to have a popular YouTube stream using up the RAN,” Mike Fitzgerald, CEO of Altobridge told Mobile Europe.

“What we’ve seen here at the Small Cells World Summit is that in some countries, the bottom line is that operators will have to pay more tax for small cells.

“There's no question that coverage and capacity remain top priorities to operators, but if you're going to go to the trouble of deploying millions of small cells, you should at least have something in it to generate revenue.”

The concept is that content can be pushed through to the subscribers’ handsets before they awaken, for example, the latest news in their news apps or the latest car brochure from a brand app, for example.

In addition, the content can also be hosted at the edge of the network in the base station, thus freeing up the network for operators looking to offer premium services.

While the solution sounds a lot like Liquid Applications, touted by Nokia Siemens Networks recently at Mobile World Congress in February, Fitzgerald says that Altobridge’s platform is meant to complement infrastructure providers’ equipment.

“What we did that was quite different was that we went ahead and rolled it out by ourselves as we knew we had to prove ourselves, prove that it worked and show operators the benefits, in order for the OEMs to come out to play,” he said.

“3G and 4G networks can now deliver the same experiences. We're balancing the network out so that the device experience can be the same as a laptop on a wired fibre connection or Wi-Fi access point.”