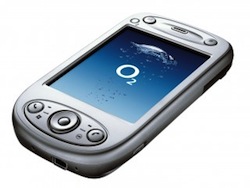 The UK will finally get its second 4G LTE network later this month after O2 announced its launch plans, following Ofcom’s completion of releasing large sections of Freeview digital frequencies for 4G services.

O2 plans to launch its 4G network on 29 August in London, Leeds and Bradford, reaching up to five million people, with a plan to provide 4G to an additional two million people each month thereafter.

Six hundred transmitters had to be upgraded, according to Ofcom, while wireless microphones have been moved to alternative frequencies.

While O2 succeeded in winning valuable 800 MHz spectrum licences during the 4G auction which ended in February, the operator drew the short straw, winning a licence that carried an obligation to provide indoor coverage for 98 percent of the UK by 2017.

Since then, O2 has been scrambling to solve the additional challenge placed before it, tapping not only BT Wholesale, but also Virgin Media Business to provide mobile backhaul for the next 10 years that would boost the capacity on its new 4G LTE network.

“The UK will have LTE competition from the end of August and we expect the remaining rivals to follow up with announcements soon,” said Steven Hartley, Ovum’s telco strategy analyst.

“However, in spite of the impending competition it should be stressed that EE has a considerable LTE coverage (and therefore addressable market) lead and a particularly strong spectrum position relative to O2. This is readily apparent in the fact that O2’s launch includes only three cities from the outset.”

At least O2 has some help in the network it shares with Vodafone.

In June 2012, Telefónica UK and Vodafone announced that they would be increasing their network-sharing agreement and would jointly operate and manage a single network grid in the UK that would run two competing mobile internet and voice networks.

However, EE’s Mansoor Hanif, director of network integration and LTE poured scorn on Vodafone and O2 in June at a press briefing about its 4G strategy.

“I believe that Vodafone and O2 will find it very difficult based on their model of sharing. It’s very difficult to agree on the designs for the transmissions – we fight over all the technical problems. Too many engineers in a room will never agree over everything," he said.

EE, which launched 4G LTE services on 30 October 2012, now has 687,000 customers on 4GEE as of the end of June, with 4G services available in 95 UK towns and cities and double-speed 4G available in 15 cities, covering a total of 60 percent of the population.

The Orange-DT joint venture told Mobile Europe that it is still on target to achieve one million customers by the end of the year.

O2 said that its tariffs will start at £26 per month, which matches EE's current prices.

Unlike Three, which is offering 4G as a free upgrade, O2 will offer subscribers a 30-day “Happiness Guarantee” which will enable customers to downgrade to 3G data plans if they are unhappy with 4G.