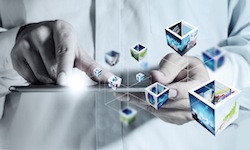 Video conferencing technology vendor Vidyo has signed an agreement with Google to collaborate on enhancing video quality within WebRTC.

Vidyo previously worked with Google on providing high quality video for Google Hangouts, and is now to develop its Scalable Video Coding (SVC) technology to work with the WebRTC client open source project.

Putting SVC together with WebRTC, which provides the ability to participate in video calls without a separate client of plug-in installation, web developers would have access to better video quality that comes with the no-install advantage.

“Vidyo has been a great partner, working with Google to provide a high quality video solution for Hangouts,” said Chee Chew, VP of Engineering at Google, which alongside Mozilla Firefox is one of WebRTC’s principal backers.

“By continuing our relationship, we will now combine the power of WebRTC with the benefits of Vidyo’s technology to deliver the best possible experience for our users.”

Telcos are increasingly looking into WebRTC. In April, for example, Huawei announced a new rich communications gateway based on the technology.

Meanwhile, the number of people using mobile video calling service will increase four-fold to nearly 160 million by 2017, driven by technology and user interface improvements, a study by Juniper Research found earlier this year.