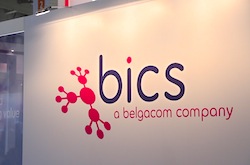 Following the successful establishment of LTE roaming between Europe and Asia in June between Switzerland’s Swisscom and South Korea’s SK Telecom, the two operators have now joined up with Canada’s Rogers Communications to enable roaming between all three countries.

IPX, which stands for the IP Exchange, is a cloud-based platform that enables bilateral IP traffic roaming of voice, video, messaging and other data services between mobile operators on 2G, 3G and 4G networks in different countries through one single interconnection that comes complete with an end-to-end management of quality.

"The launch of LTE roaming to customers of Swisscom, SK Telecom and Rogers marks the start of a new era for international roaming services,” said Mikaël Schachne, VP Mobile Data Business at BICS.

“We are currently supporting the data roaming needs of over 200 operators worldwide and we anticipate that these, and other service providers, will see the value in migrating to IPX to offer LTE services to their customers.”

TeliaSonera announced in February it became the first operator to launch 4G LTE roaming in Europe.

“Virtually any operator can connect to the BICS IPX network, including mobile network operators, MVNOs, MVNEs, fixed network operators, ISPs and ASPs. By doing so, they become part of a private cloud, facilitating access to Next Generation IP based hubbing services and offering customers the highest quality data services available,” added Schachne.

Read more – LTE roaming: The challenges to getting it right

FraudGuard is a software solution that gains insights from the traffic carried across the BICS wholesale networks. Using revenue analytics provided by cVidya, FraudGuard is able to offer real-time detection of fraud such as PBX hacking, IRSF, Artificial Inflation of Traffic and Wangiri.

“There is no longer any reason to allow fraud into the business. Once operators acknowledge and accept the gravity of the problem, they can share approaches and solutions with others. In a crowdsourcing model, a community is designed to raise everybody’s ability to win the battle against fraud,” said Jorn Vercamert, Head of Voice Business Management, BICS.

“The enormous amount of voice traffic carried by the BICS wholesale network offers broad-based insights into fraudulent voice practices given the traffic patterns they create and the exceptions to routine usage that become evident in such an environment. Its high level of exposure to a wide variety of fraud and market-related risks presents more opportunity within the network to identify exceptional usage trends.

“The industry is convinced that proactivity is essential in the fight against fraud and it is no longer acceptable simply to implement measures only after fraud has hit the network.”