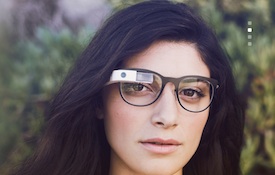 Google is readying a software development kit for wearable devices as it looks to get companies in the fast growing sector to use its Android operating system.

Sundar Pichai, the company's senior vice-president of Android, Chrome and Apps, told delegates at the SXSW conference on Saturday that software is the priority for the company rather than hardware.

Last year, Google released its Google Glass product in the US to developers, with a consumer launch expected later in the year. The company is widely rumoured to launch its own smartwatch during 2014.

Pichai said the SDK should be released within two weeks. He commented: "When we think of wearables, we think of it as a platform. We see a world of sensors... Sensors can be small and powerful, and gather a lot of information that can be useful for users. We want to build the right APIs for this world of sensors.”

He added that companies were "scratching the surface" of what wearables could offer, with the category dominated with the likes of smart watches and fitness devices.

Samsung is currently dominating the smart devices market with a 54 percent share, according to recent research from Canalys. Shipments of wearable devices grew sharply during the second half of last year, with eight million products expected to be shipped by the end of this year and 23 million by December 2015.

Meanwhile, Pichai denied his company had made a bid for WhatsApp, which was bought by Facebook for €13.7 billion last month. He said: "We met with them recently. We were definitely interested in seeing them. They are one of the most successful companies on Android… But we did not make an offer to acquire them."