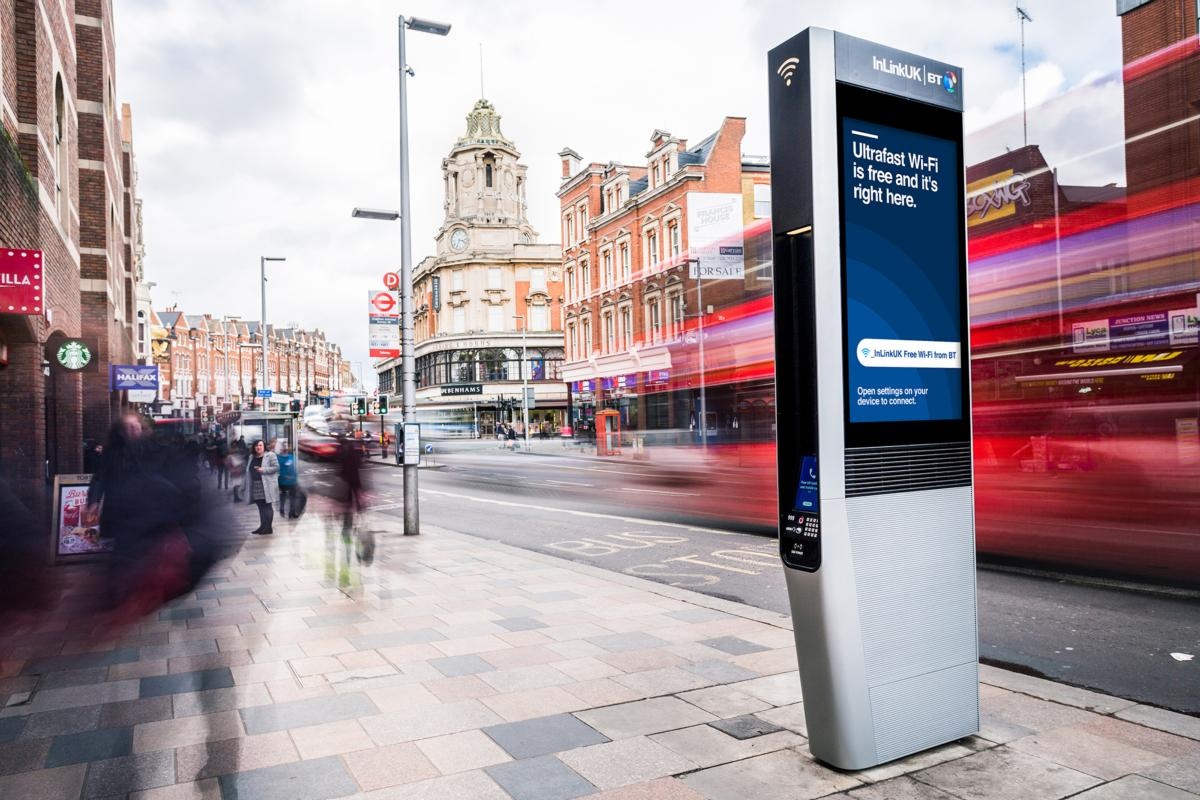 InLinkUK and BT have introduced a new automatic call-blocking feature on all InLink digital street units to prevent misuse of the free calls service.

The new technology, which has been activated across all InLinks deployed across the UK, uses an algorithm to identify “suspicious” call patterns and phone numbers, such as calls made to sell or buy drugs. Any identified numbers are then blocked so that outgoing calls from any InLink in the UK cannot be made to those numbers.

The move comes after concerns from some councils and police departments that the free calls service at the kiosks was being misused by criminals.

InLinkUK is a joint venture between Intersection, the company behind LinkNYC, and media company Primesight. In partnership with BT, InLinkUK is aiming to replace over 1,000 payphones in major cities across the UK with new InLink kiosks which provide free public Wi-Fi, phone calls, device charging and a tablet for access to city services, maps and directions. The kiosks are funded by advertising. Some 412 InLinks are now active across 22 UK cities as well as 21 London boroughs.

Using anonymised data, the new algorithm examines a range of factors including the frequency of attempted and connected calls, the length and distribution of such calls, as well as “insights provided by the authorities”.

It doesn’t record calls, Matt Bird, General Manager for InLink UK, told Mobile Europe’s sister publication SmartCitiesWorld,  in an interview but he would not say more on exactly how the algorithm works, commenting: “We don’t want to have this public and therefore ‘gamed’ by the very people that we’re trying to disrupt.

In the case of a Regulation of Investigatory Powers Act (RIPA) request, BT may hand information about blocked calls to the police but neither BT or InLinkUK proactively offer it, Bird told SmartCitiesWorld.

Last year, InLinkUK disabled mobile calls at 18 kiosks in the Tower Hamlets area of London after complaints they were being used for drug dealing. Police claimed 20,000 calls had been made to known drug dealers in just four months. One drug gang is thought to have made £1.28 million (€1.48 million) worth of sales from one of the booths.

Bird said InLinkUK deployed the algorithm, which was developed by BT, as it wanted to ensure law-abiding  citizens did not lose out on the free calls because of a small amount of criminal activity. Initial results have shown that less than 0.5 per cent of total numbers called across the InLink network are associated with anti-social behaviour and are now blocked.

Mobile calls remain blocked altogether in Tower Hamlets as well as in some sites in areas deemed high risk for crime.

Neil Scoresby, general manager, Payphones, BT, commented: “The speed at which we’ve introduced this new technology demonstrates our commitment to working with the authorities and local communities to address any concerns around anti-social issues and the InLinks. Developed and implemented by BT, the new call blocking feature will ensure that InLinks continue to be enjoyed by users in genuine need of the free, digital services provided by the units.”

Manchester is one of the city councils BT and InLinkUK have been working closely with.

Councillor Pat Karney, Manchester City Council, said: "It’s great to see the InLinks continue to adapt based on feedback from the council, police and wider community. Reducing opportunities for misuse while still providing useful services is just one aspect of tackling crime and anti-social behaviour in Manchester, but it is important we address it at the earliest opportunity.

"Together with local police and other partners, we will continue to work hard to tackle the underlying issues of substance abuse, drug dealing and related crime and anti-social behaviour here in Manchester.”