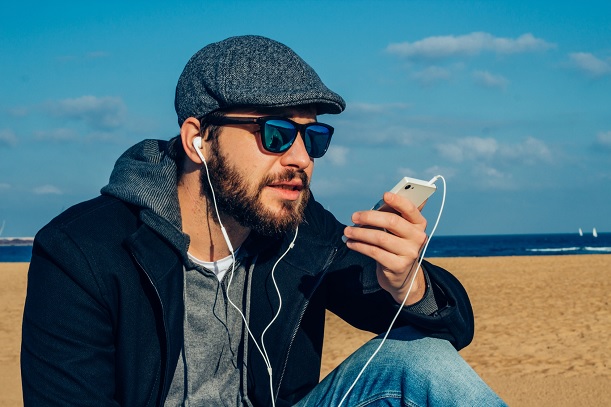 It is not made clear to consumers just how much smartphones differ in the network communication features which affect, for example, download speeds and video streaming.

A new report by Opensignal claims to have quantified, for the first time, the experience of users with different kinds of smartphones in 73 countries.

Not surprisingly, it found that newer and more expensive smartphone models usually support more network capabilities, like newer versions of the 4G standard and even 5G.

Those with less-capable handsets have poorer experience of the network – the degree of how different that experience is between the best and worst is a considerable, as well as between countries (see graphic below): perhaps most striking is the experience of Apple users. In the US, a very strong iPhone market, Apple users experienced download speeds 8.2Mbps slower than Samsung users.

Given that Samsung makes a wide range of models from cheap to premium, while Apple only offers premium-priced models, this is an even more impressive result, the report states,

Given these differences, it is surprising that they are not typically spelled out by smartphone manufacturers, component suppliers or mobile operators.

The handset network technologies which can affect the network experience include:

• Connection to more frequency bands (though with over 40 4G bands in use, even industry veterans often struggle to keep track of the importance of every one).

• Being able to connect to more than one radio band at once –called carrier aggregation.

• Technologies that improve the performance on any given radio frequency, such as the modulation type (such as 64 or 256 QAM) and the use of multiple simultaneous antennas (for example, 2x2 or 4x4 MIMO).

Too hard to explain

As these network capabilities tend to be technical and hard to describe, handset makers and mobile operators often do not explain them to the customers in their marketing materials as much as they should, according to Openet.

Although there are more than 18,000 unique smartphone models from hundreds of smartphone manufacturers in Opensignal’s data, most of the brands are niche.

Even well-known ones, such as Sony or Motorola, are no longer truly global, it found. Similarly, large rising stars like Xiaomi, OPPO, Realme and Vivo are still expanding their international footprint and do not operate everywhere.

Most small smartphone manufacturers focus on a few countries, hence for an international comparison Opensignal looked at the three largest smartphone makers by shipment volume —Apple, Huawei and Samsung – because they are used in sufficient volume in many countries.

In Huawei’s case, this includes countries where mobile operators do not sell its handsets. 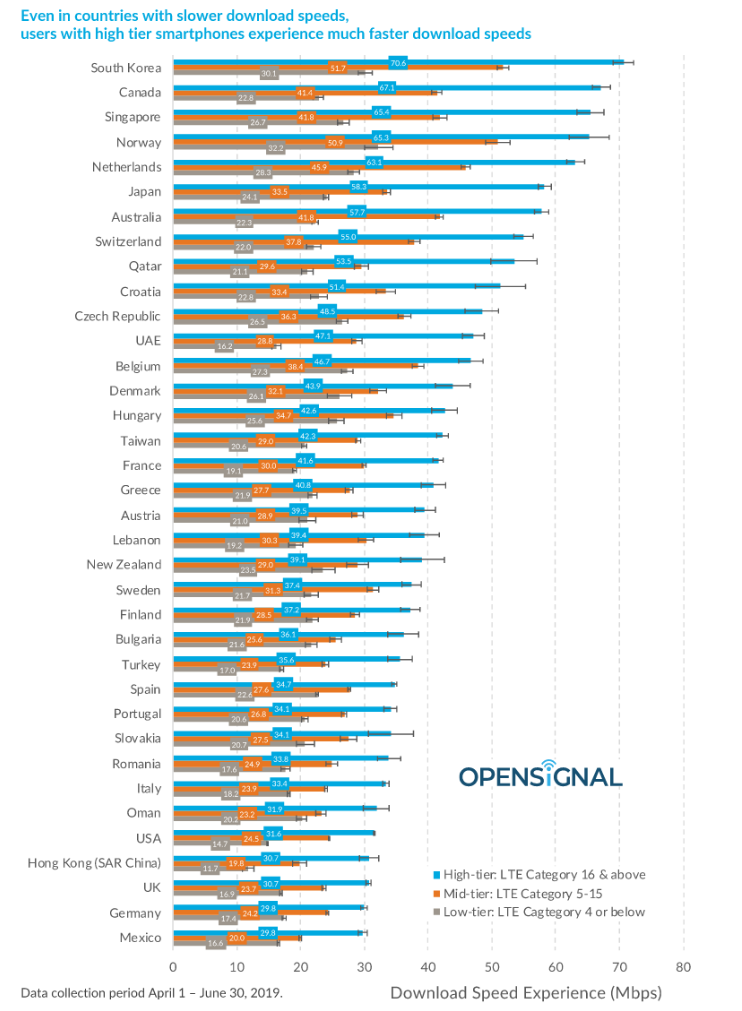