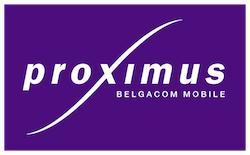 Proximus has launched its NB-IoT network in Belgium with a project underway to connect 1.3 million gas and electricity meters across the Flanders region.

The operator is working with energy infrastructure companies Eandis and Infrax, which are in the process of merging and will roll out the smart meter network by 2022. Data will be collected and passed on to the energy company, which will also have the ability to control and manage the sensors remotely although the consumer will have full control over which information is shared.

The addition of NB-IoT to its network bolsters Proximus's IoT connectivity solutions. It has been one of the biggest advocates of LoRa technology, which was launched in 2015 and is now in use by hundreds of companies across Belgium.

Proximus said NB-IoT is suitable for smart meters because of its greater bandwidth, while LoRa offers better battery life and mobility. Its LoRa footprint is set to increase fivefold by the end of this year.

Bart Van den Meersche, Chief Enterprise Market Officer of Proximus, added: “Thanks to this new technology Proximus is further strengthening its offering of IoT networks. As a result, we are able to respond even better to our customers' needs and offer them the best solution.”

Speaking at the Mobile Europe and European Communications' IoT in Telecoms event last month, Vincent Hebbelynck, Head of Technology Incubation & Corporate Venturing, Proximus, said cellular IoT technology had the additional advantage of being able to scale up according to demand.

He said: “With NB-IoT the nice thing is you don’t need to have months rolling out your networks while you still don’t have customers.”