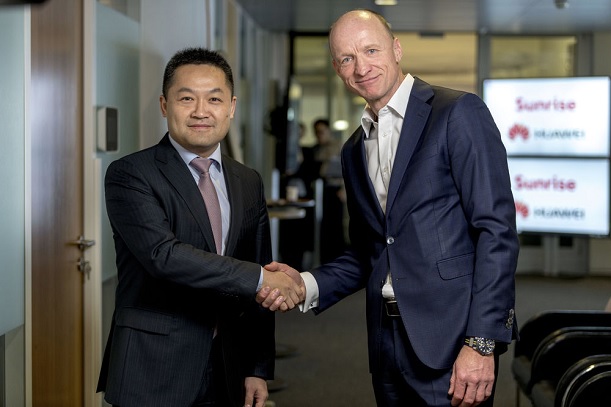 Sunrise is claiming a world record for speeds in the 3.5GHz band after hitting 3.28GBps in a demonstration with Huawei.

Sunrise is planning to implement 5G technology in the 3.5GHz band from 2020. It cited network slicing, low latencies of one millisecond, one million connections per square kilometre, and speeds of up to 10GBps as the key advantages of the technology.

Sunrise and Huawei spent several weeks setting up the equipment for the demonstration, which required four tons of hardware, two cranes and an extra 50KW of power.

Swantee said: "5G will be a game changer, and, to me, it's another important step up. Being the leading 4G provider, we naturally have high ambitions for the fifth generation of mobile phone technology as well.

"Once the world's toughest NIS regulations are finally relaxed and the spectrum is allocated in a competitive way, we will be able to do it and set new benchmarks with 5G yet again."

Last month, BT said it was planning to use 3.5GHz spectrum as part of a new testbed in Bristol.

Russian operator Rostelecom is also using the spectrum for a 3.5GHz zone in St Petersburg.