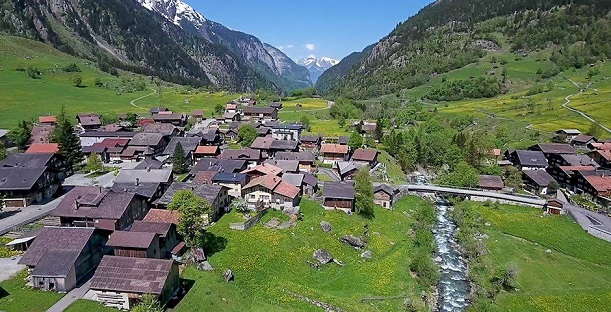 Swisscom has brought 5G to the mountains with Hvratski Telekom announcing it is the first operator to trial the technology in Croatia.

The Swiss mountain village of Guttannen has around 300 inhabitants across an area of 200 square kilometres. Guttannen is connected by one LTE mast with 184 buildings hooked up by copper to an exchange at the village centre.

A hybrid fibre to the street technology rollout will take place in 2021, offering residents in the central village speeds of more than 100MBps. For more isolated Guttannen citizens, fixed wireless access will be used to bring them online.

The operator recently introduced a second mast, operating at the 5G-ready frequency of 3.5GHz, and equipped citizens with test devices. Residents have been trialling the likes of ultra-high definition television, as well as enterprise and education use cases.

Ret Straumann, Swisscom's Project Manager, said: “It is important to Swisscom that mountain regions also enjoy good coverage. This is why we are also trialling the possibilities of 5G in Guttannen, and not only in the big cities

"FWA has huge potential, especially in remote rural areas. The technology can be used in combination with the fixed-network infrastructure, improving the availability of ultra-fast broadband as a result."

The operator is flying ahead with its plans to roll out a 5G-ready network by the end of this year in partnership with Ericsson.

Meanwhile, Deutsche Telekom opco Hrvatski Telekom has also used 3.5GHz to hold a demonstration of 5G in real conditions in partnership with Ericsson. A public demonstration will take place on Froday (13 July).

The demonstration is the culmination of a network modernisation project that was launched at the beginning of 2018.  During the first half of this year, the operator replaced all 137 of its base stations in the Istria peninsula with 5G ready equipment.

It started implementation of 5G-ready technology in Zagreb and its surrounding regions at the beginning of July. Infrastructure, transport and radio equipment across the country will all be updated by the end of 2019.

Boris Drilo, CTIO of Hrvatski Telekom, said the operator was preparing for a 2020 commercial launch of the technology, with 5G's full potential being reached between 2025 and 2030.