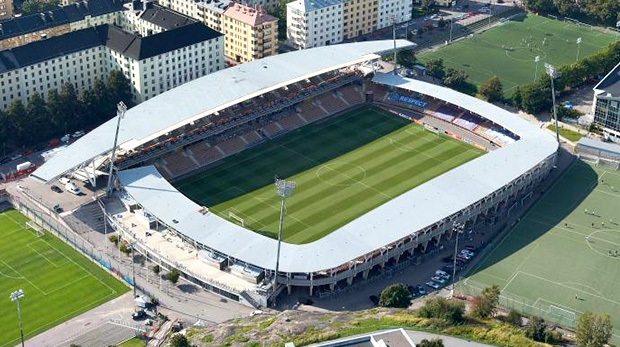 Telia Company has launched a 5G New Radio network in Helsinki ahead of plans to launch a commercial service by the end of this year.

The network is located at the Telia 5G Arena, home to the HJK Helsinki football team, in the city centre.

Testing has been underway in the 3.5GHz and 26GHz bands since the country's regulator released them on temporary licences at the beginning of the summer.

A spectrum auction for the 3.5GHz band is set to take place in the coming weeks, after which Telia Company will begin a widespread commercial proposition. Although the operator noted that 5G growth would depend on 5G standard compliant modems, tablets and handsets, of which none exist for now.

Work will continue to strengthen the network around the first 5G base stations during the autumn. It is partnering with Nokia on the project, which comprises 5G-ready RAN, virtualised core and massive computing capacity.

Jan Lindgren, Head of Telia Customer Team at Nokia, said: "Telia Company has partnered with Nokia for the introduction of 5G in Finland. “We are pleased to begin the deployment of the first 5G base stations in Finland...and we will continue working with Telia Company to identify the technologies and services that meet the demands of consumers and industries in the 5G era."

Last month, Telia held a demonstration of gaming over a 5G network, dubbing it one of the most interesting use cases of the 5G era. Gamers played the PS4 game Overwatch through a Nokia test base station and Intel 5G Mobile Trial Platform.

Earlier this summer, rival Elisa launched what it described as the world's first commercial 5G network, albeit without any compatible devices to sell.