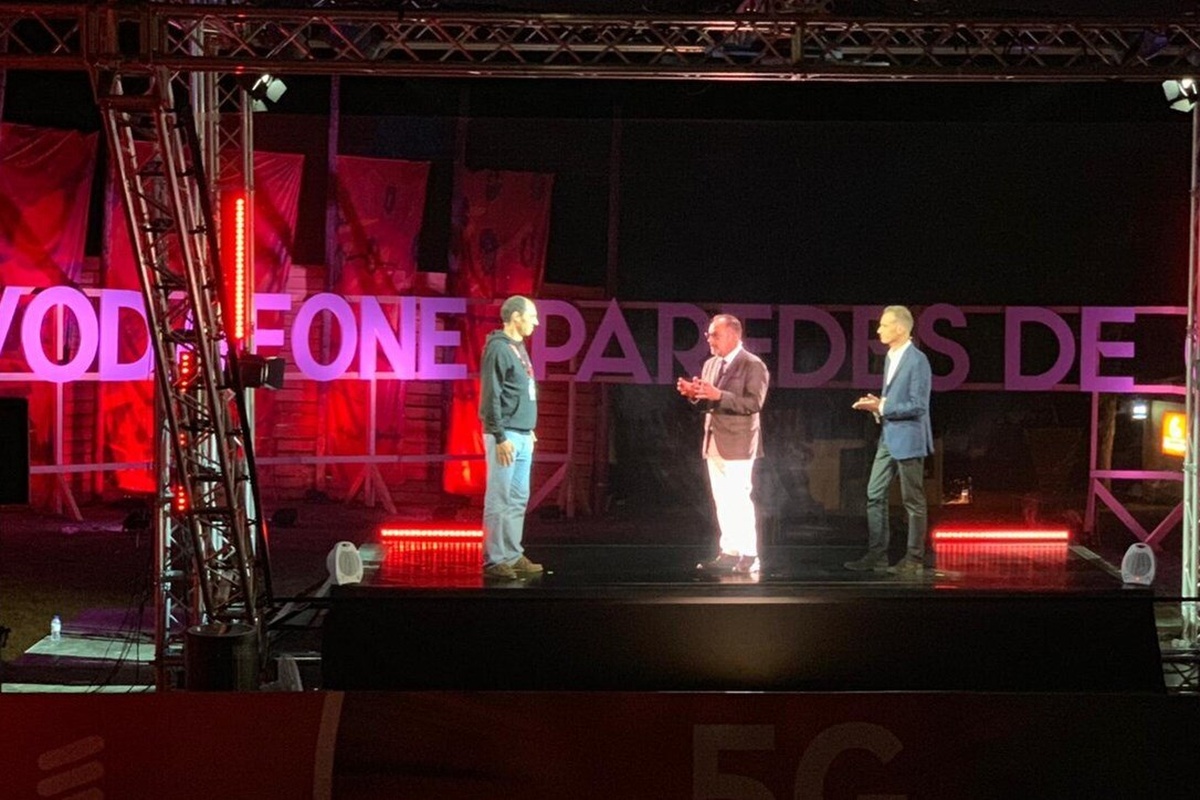 The demonstration allowed a reporter to appear at the Vodafone Paredes de Coura festival in hologram form on national news.

The HD hologram was able to interact with the CTO of Vodafone, João Nascimento, in 3D with “minimal” transmission latency.

Musion, a holographic technology company, provided a HD audio/video image capture of the reporter from TVI studios in Lisbon, which was then transmitted via the Vodafone Portugal 5G network to Paredes de Coura.

Ericsson supplied the 5G end-to-end solution, including an Enterprise Core vEPC in a BOX and two 5G radios, an Ericsson Router 6000 and 4G radios for the non-standalone NR anchor band.

“This holographic call was particularly exciting to festival-goers in Portugal as they got to experience what 5G from Vodafone Portugal and Ericsson will look like as it develops in the country,” Ericsson said.

The demo saw England and Manchester City women's football captain, Steph Houghton, appear as a hologram on stage in Newbury to give tips and advice to a young football fan.