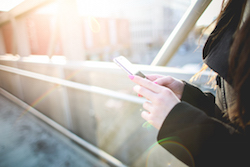 Western Europe is lagging so far behind the rest of the world when it comes to LTE coverage, that Europeans' chances of connecting to a 4G network are little better than a coin flip, new research has found.

Tracking data during the fourth quarter of last year, mobile data researchers OpenSignal found the Netherlands is the only European country to sit within the 10 markets that have the best LTE coverage. It came in at fifth place with 84 percent coverage. KPN had the best coverage in the country at 86 percent. Rival Tele2 came last with 70 percent.

The report found that there was a north/south split across the continent, with operators continuing to sweat their 3G assets. It said: "In Germany, Italy, France and the UK, the chances a 4G subscriber will connect to an LTE network are little better than a coin flip."

Northern Europe, where LTE was first deployed in 2009, was the exception. Sweden, Norway and Finland all had more than 75 percent coverage.

Only eight countries were able to guarantee an LTE signal more than 80 percent of the time. The United States was the latest market to do so, a fine achievement, according to OpenSignal, because of the variety of its geography.

South Korea had the best LTE coverage, at 97 percent. By contrast, France had 51 percent, Germany had 56 percent, Italy had 57 percent, Spain 59 percent and the United Kingdom 53 percent.

Singapore boasted the fastest LTE speeds, at 37MBps, with 15 countries and more than 50 individual networks offering customers speeds of more than 20MBps. OpenSignal said these speeds were because of the growing number of LTE-Advanced deployments and rolling out of 4G on new bands.

The average LTE download speed is 13.5MBps, up 1MBps on the third quarter of last year.