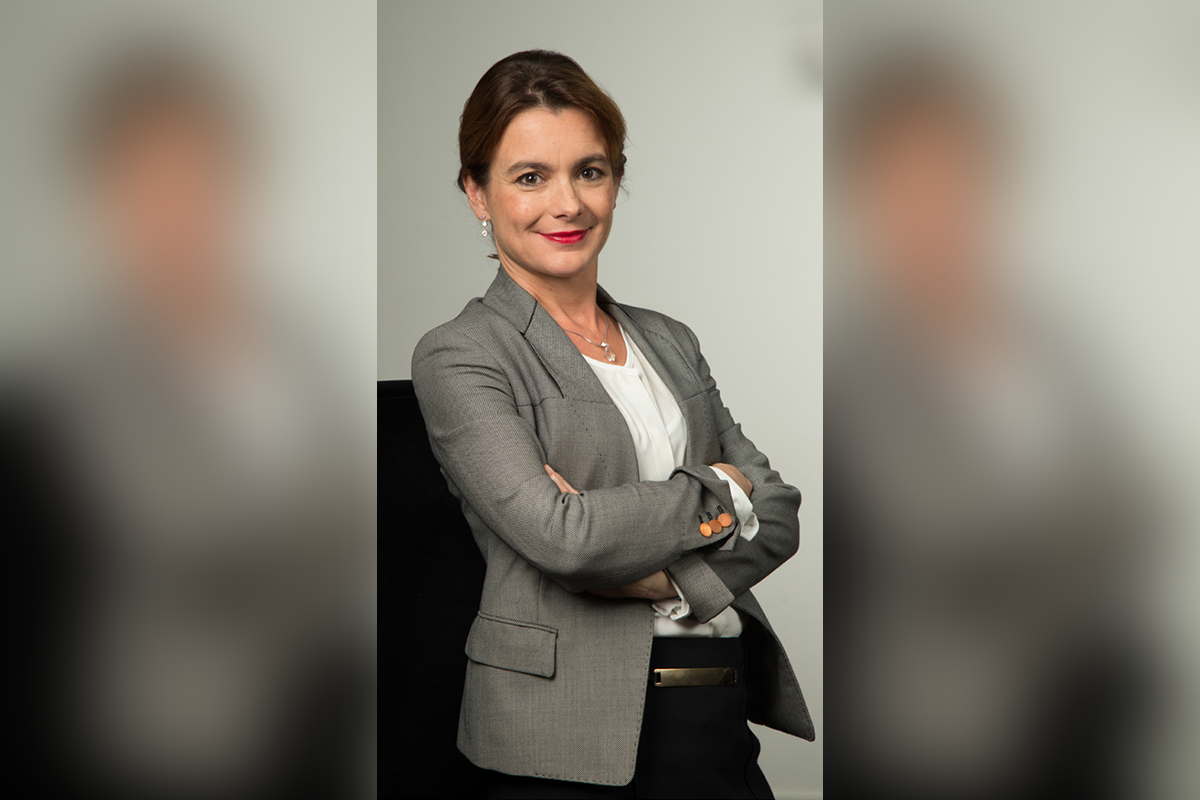 Mari-Noëlle Jégo-Laveissière is Deputy CEO, Technology and Global Innovation at Orange. She talked to Sarah Wray about 5G, digital identity and what’s keeping her awake at night.

Mari-Noëlle Jégo-Laveissière has been with the Orange Group since 1996, when she was hired to manage a collection of shops on the Paris Left Bank. Over 20 years later, and as she has moved through more technical positions, this customer service focus has remained. It acts as the guiding light in her current role.

Jégo-Laveissière said, “We’re not doing technology for technology’s sake. We want to use all the technologies and take advantage of all the new possibilities, but we always have to map that with the needs of our customers.”

She describes her role as “something in-between” creating a business which is “technology-proof and customer-proof”.

While any one of the three C-level areas of responsibility in Jégo-Laveissière’s job title might be more than enough for many people, she sees the strands as inextricable. She notes that the hybrid nature of her role is particularly important right now as so many things are changing around telcos and at terrific speed, and that’s changing the role of the CTO too.

The timeframe is one major aspect, Jégo-Laveissière explained: “The CTO was once the role looking towards long-term evolution, especially in the network because you’re building the network for years [to come]. Now, we are always jumping between the short-term and the long-term. We need to be very agile but on the other hand, we need to make sure that we can invest … in building fibre and building 4G and 5G.”

This means preparing for an unknown future. “5G will change the world,” Jégo-Laveissière said.

“When there was the evolution between 3G and 4G, it was a technological evolution and the effect changed the way we live every day. Nokia and Blackberry were strong players in 3G – they’re not there any longer. Facebook and Google popped up with 4G, and they scaled. I’m sure that the transition for 5G will be even bigger. We don’t know everything yet, but 5G technology will definitely be a game changer.”

With this in mind, she admitted: “This is something that keeps me awake at night. How to make sure we can keep working on our own transformation and become a data-driven company? How [can] we keep on adding that agility [so] we have the right competencies to be in a position to catch the ideas and react to everything? Because that’s part of my role – to make sure that the organisation that we build is ready for something new, even when we don’t know what that something is.”

One way to do this is to become more open and work with partners in ecosystems. Orange has partnered with a number of companies for varied reasons: with Amazon to combine its voice-activated assistant technologies; with Google to work on a private undersea cable connecting the Atlantic coasts of France and the US; with Deutsche Telekom on jointly developing a smart speaker; and with AT&T and others on the open network automation platform (ONAP) initiative, which is all about orchestrating automation.

“We understand that even if you’re right, if you’re alone it won’t work,” Jégo-Laveissière explained.

This partnering is also a key strategy for 5G as Orange prepares to launch the technology in 17 European cities in Belgium, France, Luxembourg, Poland, Romania and Spain in 2019.

Orange has built a 5G Lab at its Orange Gardens technology campus in Châtillon, France. Partners, large and small, are invited to come and test 5G solutions and applications at the Lab. The operator recently launched its 5G Challenge, inviting start-ups to come and experiment on the 5G network.

Jégo-Laveissière said, “We need to build together and to have that global direction for 5G and to really test things. If it works, good. If it does not, then it does not”. This ‘try it and see’ approach is something she has learned from experience and gave the example of Orange’s Libon (for Life is Better ON) OTT messaging and voice service, which the company launched in 2009 and spun off in 2018.

“Maybe we launched OTT services a bit too early or perhaps it wasn’t fully consistent with the local country operations’ activity. In one way we failed but in another I wouldn’t call it a failure. We learned there that just because you have the right technology and the right idea doesn’t mean that it will work. You also need to be consistent and understood by the customers,” she stated.

Branching out is paying off for Orange elsewhere, though, as the company pursues its multi-service strategy to bring in revenues from new sources. In January, Orange teamed up with Groupama to form a jointly owned firm, Protectline, to enter the tele-surveillance market in France. The two previously joined forces to support Orange’s entry into banking in France in early 2017.

With initiatives like these, Jégo-Laveissière sees Orange having a central role to play beyond connectivity – in “taking care of the most important things in our life”. A key strength that operators have is trust from the customer, she said.

An example of this, according to Jégo-Laveissière, is Orange’s move into smart homes. Orange already offers fibre and 4G connectivity to the home, as well as its LiveBox router and Smart Home subscription service.

“We are very legitimate in the home,” she said. “We have the capability to deliver the right connectivity at home, and we know where our customers are because we deliver that connectivity. Based on that trust, I think that we’re in a position to deliver a new experience – such as a new way of banking and more – that utilises the benefits of the digital world.”

“This multi-service operator is the true telco,” she added, saying she envisions Orange’s future as a ‘smart life’ provider.

In this context, Jégo-Laveissière also sees identity as a key opportunity for Orange. “We all have digital identities,” she explained. “Facebook can be one, but I hope that the operator identity will also be a key one. If I want to enter into a relationship with my customers, I need to have an identity and a way of sharing things.”

Orange’s Mobile Connect service allows customers to use their mobile number and a personal passcode to securely identify themselves on websites and online services.

“When you have built that connectivity everywhere and when you know and have a relationship with your customers because you have that identity, then you can talk about value-added services like IoT, mobile finance, TV, etc.” Jégo-Laveissière said.

5G and particularly network slicing will also be a key enabler of new services, she noted, as one physical network will be able to have an almost infinite number of digital networks which can be used in a very dynamic way, depending on the requirements of the use case.

Jégo-Laveissière believes that 5G will offer particular opportunities to Orange and its customers in smart cities, automotive and entertainment, although she doesn’t expect these areas to be commercialised until 2021 or 2022.

True to her roots, she believes user experience will be the key consideration for making these services a success. As applications incorporate virtual reality – 360-degree video and more real-time data, enabled by 5G – something as simple as checking the weather forecast could use ten or even 50 times more data than today, according to Jégo-Laveissière. Then the challenge for Orange will be, “Our capability to deliver the same customer experience,” she added.

Jégo-Laveissière says her proudest accomplishment in the role so far isn’t directly related to technology but rather to people and the culture of the company. This, she says, is what will also see Orange through these huge opportunities and challenges that 5G and other big shifts will bring.

“For me, my biggest achievement has been to manage and recognise expertise,” she said. “In the world we live in now – all that fast-moving technology – expertise is key.”

In February 2018, for the third consecutive year, Orange was awarded Top Employer Global 2018 certification. Orange was the only telecoms operator among the 13 top global employers. Jégo-Laveissière says she is helping to drive change to tap and capitalise on the individual expertise of all staff, regardless of their position in the company.

“Software is everywhere today,” she said. “We need to understand what it means for us and our future networks, but also what it means for the agility that we need to put in place. When you’re making decisions 50 times day – big decisions – they can’t all be made at the top. We need to make sure the system in place allows people to make the right decisions and that they feel comfortable doing it. That’s a long journey; it’s an ongoing process.”

Having laid some of the groundwork, Jégo-Laveissière’s main focus now is speeding things up.

She said, “Identity, for example, is really key for operators and for customers. It is moving forward, but I’m not sure that it’s moving forward at the right speed. We need to go faster.”