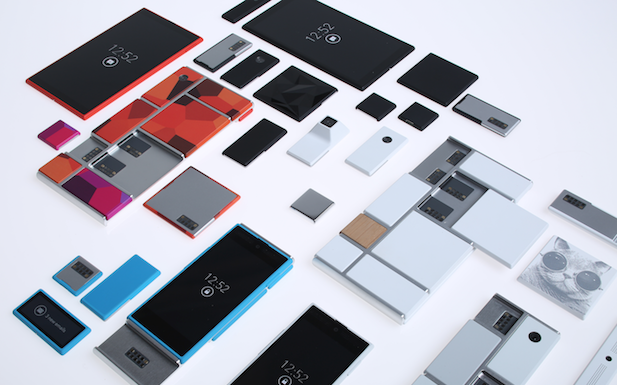 Google’s modular smartphone has been delayed until 2016, the team behind the project bluntly announced on social media this week.

Taking to Twitter on Monday, the Project Ara group revealed that the device wouldn’t see the light of day until next year, offering a brusque #yeswearelate by way of apology.

The team later revealed that the devices - comprised of switchable modules that allow users to upgrade components at will - were failing the all-important drop test.

Apparently, the magnets being used to connect the pieces aren’t strong enough to hold everything together on impact.

In a dubious twist, Google later backtracked by claiming this was all a big joke and that they were actually just working on making the phone better. We’re #notconvinced.

The team is now ditching magnets in favour of a new, “signature” means of attaching and detaching modules.

A is for Atlas the robot

Of course, Lego-like smartphones aren’t the only pastime Google is dabbling in.

Away from the tame world of smartphones, IoT and more recently routers, Google (or Alphabet as it soon to be known) is also the owner of US military-backed robotics company Boston Dynamics.

As Popular Science reported over the weekend, Boston Dynamics has now tested its humanoid Atlas robot outdoors. Nightmarish footage posted on YouTube shows the robot shambling through woodland, with its child-like movement making the spectacle all the more disturbing.

Other robotic monstrosities from Boston Dynamics include Cheetah, which can run raster than any human, and BigDog, a horse-like machine capable of hurling entire cinderblocks.

In less scary news, Speedo and smart device company Misfit have teamed up to develop a fitness tracker designed specifically for swimmers.

The Speedo Shine is waterproof at a depth of up to 50 metres and can track laps and swim distance, as well as walking, running, cycling and sleep patterns. Meanwhile, an accompanying smartphone app lets users track their performance and fitness info.

The device doesn’t require charging: instead, the main unit can be switched out and replaced, with the companies advertising a battery life of six months.

The Speedo Shine goes on sale in the US next month for $80 (approximately €71).

Carrying smartphones around in our pockets all day can have undesirable consequences for men who hope to have children, wearable tech company Wireless Armour would have us believe.

Having what is essentially a palm-sized radiation transmitter so close to the crown jewels has been blamed for a decline in male fertility, leading Wireless Armour to come up with what is says is the solution: smart underwear.

The Wireless Armour underwear features a mesh of pure silver woven into the fabric, which disperses electromagnetic radiation and prevents it from entering the body.

The company claims the undergarments shield the wearer from 99.9 percent of radiation, with Sir Richard Branson himself allegedly dubbing them “underpants for superheroes”.

London scientist and Wireless Armour inventor, Joseph Perkins, said: “Like so many people, my smartphone and laptop use has increased dramatically in recent years which made me realise that I was exposing myself to large amounts of electromagnetic radiation, mostly centred on my groin.

“This covers the entire range of radiation emitted by wireless devices, from voice and text through to 4G and Wi-Fi, almost everything is blocked.”

Something in the air

When we first heard about a gas sensor that can be attached to a smartphone, we assumed it was aimed at providing firefighters, oil rig workers and those in similarly flammable occupations with a means of staying safe in the line of duty.

In actual fact, the VTT Technical Research Centre of Finland is targeting its device toward the healthcare market, offering a means of measuring air quality as part of mobile health applications.

The sensor works by measuring the permeability of light wavelengths, which can indicate the composition of the air in a room. VTT explains that carbon dioxide and other gases can be measured based on their absorption peaks at different infrared wavelengths.

Not only could this provide new ways of tracking sleep quality - i.e. by monitoring a person’s breathing patterns by their carbon dioxide output - but VTT reckons the sensor could also make listless employees more attentive.

“Many day-to-day issues, such as precision and efficiency in the workplace, can depend on carbon dioxide levels and internal air quality," says Anna Rissanen, leader of the VTT research team.