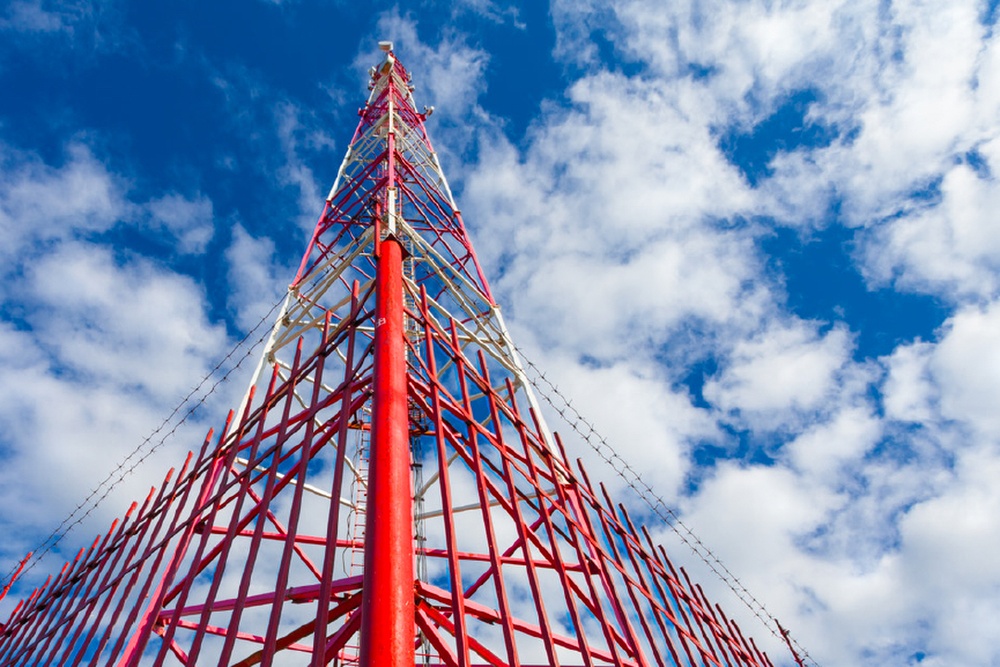 Will OpenRAN's mainstream adoption spell the end of an era for incumbent vendors or is the technology too immature to meet customers’ demands? Graeme Neill reports.

With Vodafone’s support and growing excitement about the tech, OpenRAN’s momentum is developing rapidly, although you’d be forgiven for thinking network innovation has slowed as operators focus on ensuring their networks are fit for purpose in the coronavirus crisis.

In the case of the Netherlands and the UK, they have also had to repair masts after idiotic attacks on them by those who claim 5G is responsible for Covid-19.

Recent months have seen several operators jump on the OpenRAN bandwagon as they seek to innovate their radio access networks, which account for about 70% of mobile operators’ total infrastructures. This year O2 in the UK, Turkcell in Turkey and Indosat Ooredoo in Indonesia have announced plans to trial the disaggregated approach.

O2 UK’s CTO Brendan O'Reilly said at the time of his company’s announcement that OpenRAN is “a really exciting opportunity to deliver better coverage, in more places, more of the time”.

Keeping up with fora

The technology promises to break open the locked proprietary model of Ericsson, Huawei and Nokia by enabling baseband software to run on white label hardware - it's mission statement is explained in the graphic below.

John Baker, Senior Vice President of Business Development at Mavenir, arguably the technology’s most vocal advocate, says, “Essentially OpenRAN is about widening the supply chain... it could be third-party hardware, or it could be custom hardware.”

Like others with skin in the game, he says the technology will lower costs, fuel innovation, increase competition and give operators the opportunity to be more flexible in their network deployment.

On a wider scale, the technology has been driven by Facebook’s Telecom Infra Project (TIP) and the O-RAN Alliance. Four years after launch, the former’s OpenRAN project group, originally set up to reduce the cost of communications infrastructure for emerging economies, comprises more than 500 members across the likes of operators, tech companies and start-ups.

It has been involved in a wealth of trials and deployments. The O-RAN Alliance is a more tightly organised group of over 20 operator members, which defines and specifies the needs of the telecoms industry with a view to establishing a healthy supply chain.

This double act led to some confusion around who was responsible for what, but the two organisations finally formally agreed to team up in February to develop interoperable 5G solutions. However, another forum sprang up in May.

This was the Open RAN Policy Coalition, established “to promote policies that will advance the adoption of open and interoperable solutions in the Radio Access Network (RAN) as a means to create innovation, spur competition and expand the supply chain for advanced wireless technologies, including 5G.”

Founding members included AT&T, NTT, Rakuten Mobile, Telefónica, Verizon and Vodafone, alongside Cisco, Facebook, Google, IBM and VMWare, among others, with Nokia a recent joiner. The new coalition has a political slant, saying it believes that the US Federal Government has “an important role to play in facilitating and fostering an open, diverse and secure supply chain for advanced wireless technologies, including 5G”.

Fora aside, the open RAN approach received perhaps its biggest boost last year when Vodafone surprised the telecoms industry by broadening its OpenRAN ambitions to more developed markets. In November 2019, just one month after revealing it was planning to fast-track deployment of OpenRAN, Vodafone announced a tender covering all its European markets.

This amounts to more than 100,000 sites providing coverage to 400 million people across 14 countries – or 1.5% of all operators’ antenna sites globally. While the operator has been working with the technology for some time with trials in Africa and Turkey, it was not expected to bring OpenRAN to Europe for a while.

Santiago Tenorio, Vodafone Group’s Head of Network Architecture (and Chair of TIP), said the decision was “a show of faith to the rest of the industry and with the aim of further accelerating the development of the technology”.

Deutsche Telekom used February’s team-up of TIP and the O-RAN Alliance to announce it was launching a European Open Integration Test Centre, bringing together O-RAN specifications into TIP technology.

Abdurazak Mudesir, SVP Technology Architecture and Innovation, says the centre offers a physical location for the two ecosystems to co-exist. “What you definitely need is the ability to offer smaller and bigger players a platform to integrate, to test and to innovate.”

This widening of the ecosystem is seen as the most significant threat to the big three established vendors, who have dominated the RAN for so long. Tenorio is blunt when asked why the existing model of infrastructure provision needs to change: “There are very few large vendors able to supply hardware for radio access networks at present and that is bad for… innovation, cost and resilience.”

Mudesir agrees, saying that choosing between the big three vendors (at least outside the US, where OpenRAN provides an alternative in the absence of Huawei) amounts to one of its biggest capex investments. He says, “This entire OpenRAN ecosystem is about driving innovation and managing costs… By opening up the ecosystem we will have additional players to choose from.

“Secondly, and very importantly, [whatever] the radio access nature of the supplier of choice, they will bring their own management system, which is really treated as a closed box managed by the same supplier. By opening up and making it intelligent, we will be able to manage it in the way that we believe it should be, which is in an automated way. That in turn will allow us to be able to scale out.”

Patrick Filkins, Senior Research Analyst, IoT and Mobile Network Infrastructure, at IDC, reckons the economic impact of the technology is “likely the top driving factor” for OpenRAN’s adoption. He explains, “Incumbent RAN suppliers are actually pretty good at delivering innovation, so in my opinion, the potential [total cost of ownership] gains are driving the discussions. Operators need to cut costs and OpenRAN is a potential enabler, from both a pure technology standpoint, but also its ability to create a more competitive RAN market.”

Operators are much too polite to suggest it is game over for the biggest vendors or that the technology is being used as a threat to rewrite contracts with the big three. Mudesir says, “The vendor ecosystem has done a great job at delivering the stability we need and has been part of our success story in driving standardisation and making sure that we have a product that is globally compatible.

We appreciate that and it is something we really would happily continue to use.”

Nevertheless, there is an iron fist in the velvet glove. He adds, “But… very consistently what we see is that by bringing in adjacent technology... we will be able to bring in more innovation dimension [which] in turn would give us additional options to choose from [from] an ecosystem perspective.”

The big vendors have time on their side before OpenRAN becomes a major threat. For example, Nokia has the inside track as a TIP member and is making plenty of hay in 5G private enterprise networks.

Meanwhile, Ericsson is making much of its dynamic spectrum sharing, which allows deployment of 4G and 5G in the same band through a software upgrade, and dynamically allocates spectrum, in milliseconds, based on user demand. Ericsson claims this tech has been inherent in the Ericsson Radio System since 2015, with 4 million in commercial use globally, all of which can potentially use this dynamic spectrum sharing.

In addition, plenty of questions remain about the OpenRAN operational and business model. Orange Belgium's CEO, Michaël Trabbia, deviated slightly from the company line earlier this year when he said the technology was not yet mature enough for deployment.

Too soon to tell

Filkins thinks it’s too early to give the technology a clear thumbs up as deployments have had mixed results: “For example, a typical ORAN project encompasses a wide-range of technology providers working in tandem, with a single choke-point such as a prime integrator.

"There are numerous challenges to sort out, such as how to handle, track and manage network troubleshooting. A prime integrator can address this, but it requires technology companies working closer [together] to address the operators’ stated goals.”

He adds disruptive operators, such as Japan’s Rakuten, may be more willing to absorb the bumps in the road.

The key challenges for operators, according to Filkins, is managing the network complexity. He says, “ORAN is really a further evolution from Cloud RAN, so Cloud RAN principles stay in effect, while standardising interfaces to enable multi-vendor interworking adds the ORAN piece. This story has been at work for a while now in other network domains, but now is being addressed in the RAN layer.

“It will take time to develop solutions and in many cases vendors will be asked to customise for a specific operator need. Foremost, vendors and operators alike will need to have a strong automation approach, which remains a work in progress.”

Mudesir is willing to admit the operator is at the beginning of its OpenRAN journey. Despite the excitement about it slashing costs in the longer term, he says it needs to optimise total cost of ownership. There is also work to be done on power efficiency and ensuring that the defined interfaces are adapted by larger and smaller players alike.

Another issue is skills, which Mudesir says operators don't dovetail with the demands of disaggregated RAN management. He explains, “We are used to having the solution delivered as one – we plug it [in] and we optimise it.

"We will need to have the competence of an integration [process], to be able to understand the components ourselves, to be able to automate the testing and also even the operations, so there is really a lot of demand for upskilling.”

To overcome these shortages, Deutsche Telekom is seeking to learn by doing, even with immature technology, and bringing staff up to speed by working closely with partners.

Despite Vodafone’s enthusiasm, Tenorio is realistic about how and when OpenRAN will be deployed. He acknowledges, “While OpenRAN is clearly far from being ready to deliver to our performance levels in dense urban areas, it’s proven to be perfectly suitable to deliver great service with the same performance as incumbent vendors in rural areas with less density and less capacity constraints.

“The focus going forward should be on ensuring a resilient vendor ecosystem across Europe that delivers across all scenarios. That requirement will need to include the scaling of OpenRAN. We are strongly committed to this and have led the industry in championing greater diversity in the network supply chain, but this will take time.”

This article originally appeared in the Q2 2020 issue of Mobile Europe & European Communications magazine, which is freely available here.