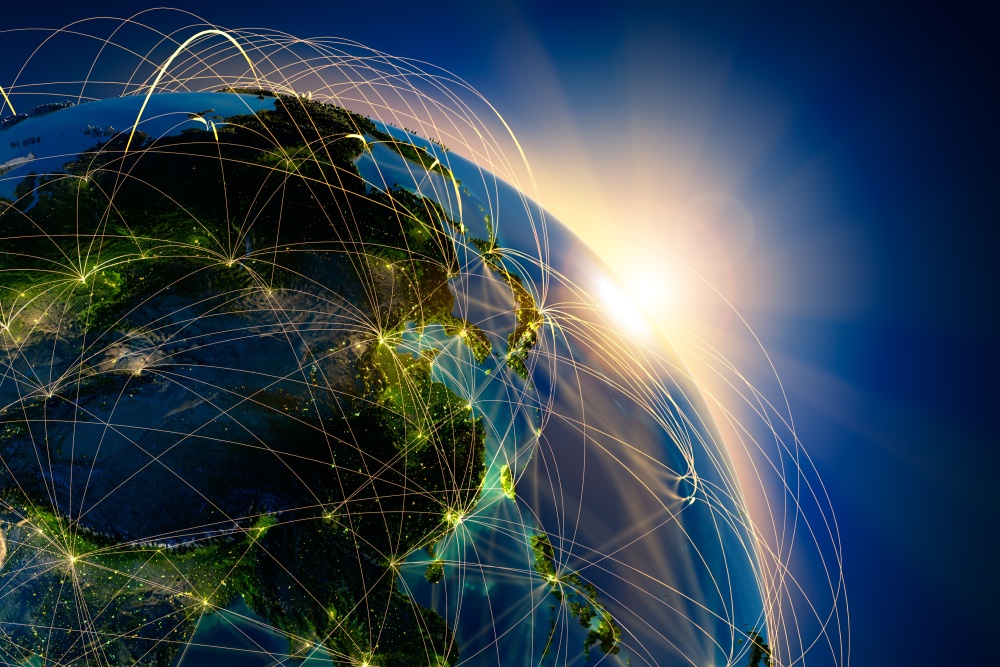 Meanwhile on the supply side, new non-terrestrial network (NTN) technology, converging standards, and the falling cost of constructing and deploying satellites have given the industry a renewed sense of optimism about the future.

“In 5G we see many opportunities coming together, as long as we’re targeting the right use cases and the right customer groups,” said Nick Appleyard, Head of Space Solutions at the European Space Agency (ESA), at an online press conference in July.

During this virtual event, ESA issued a call for proposals for satellite 5G services aimed at the transport and logistics sectors. Launched in partnership with the UK government's Department for Culture, Media and Sport (DCMS) and the UK Space Agency, the programme has pledged to fund up to 50% of successful applicants’ total project costs. The deadline for applications is 15 December.

Space and 5G convergence is a “top priority” for ESA between 2020 and 2022, said Magali Vaissiere, ESA’s Director of Telecommunications and Integrated Applications. With that in mind, ESA has stated there is no upper limit for the funding.

The partnership is looking for more than just fancy ideas though. To be in with a chance of being funded, applicants need to have implemented at least one pilot project. They also need to have secured commitments from user communities, and to have partnered with a service provider and infrastructure providers – both satellite and terrestrial. Vaissiere stressed that ESA and its partners are on the lookout for “commercially-sustainable applications and services”.

This announcement came at a time when the satellite industry expects to see $487 billion worth of cumulative satellite orders and launches over the next ten years, according to Northern Sky Research (NSR). Government and the military will account for the bulk of the revenue over the next decade – worth some $387 billion – but the analyst firm sees overall demand expanding due to innovation and technology development.

One particular spark that lit the blue touchpaper under the satellite 5G rocket was 3GPP’s inclusion of non-terrestrial networks for 5G services in Release 17 (Rel-17). Multiple strands of NTN work are underway at the standards body, each at various stages of completion. And while the Covid-19 pandemic has forced 3GPP to delay the freeze of Rel-17 by three months, moving it back to September 2021, it hasn’t stopped the satellite industry from pushing on with plans to capitalise on this new opportunity.

“We’re inside the tent now,” says Gerry Collins, director of networks product management at Intelsat. For too long the satellite and cellular worlds have been running on parallel tracks, with very little crossover, he explains, but that will change as Rel-17 expands the role that companies like Intelsat can play in 5G.

“We’re excited about 5G, because it brings our industries so much closer. It allows us to build our ecosystem and develop uses cases for 5G over satellite together with the mobile network operators,” Collins says.

“It’s an incredible opportunity,” agrees Jaume Sanpera, CEO of Sateliot, a Spanish start-up that plans to offer global NB-IoT connectivity directly to terminals via a fleet of low-Earth orbit (LEO) 5G satellites. Sateliot is due to put its first satellite into orbit in November and aims to have 16 to 20 up and running by 2022.

“We have already signed our first operator partners,” says Sanpera, without disclosing any names. “We have had a couple of very large signings covering more than 50 countries.”

Thanks to 3GPP, the gates to 5G are well and truly open for satellite players. To pass through, they need a sales channel and this is where terrestrial mobile operators stand to benefit.

“LEO constellations have a huge advantage, which is global coverage, but at the same time it could be a nightmare, because global coverage means global sales and opening in a new country from scratch always costs much more than you ever think,” says Sateliot’s Sanpera.

Instead the company is going down the wholesale roaming route, partnering with mobile operators that have already done the heavy lifting that comes with setting up a global enterprise sales organisation. Sateliot is developing its own 5G core network for its NB-IoT satellite constellation, enabling it to provide roaming services to mobile operators. “We are working with and through the mobile operators. They will be our distributors,” Sanpera says.

Sateliot isn’t the only newcomer going down the partnership route. “We don’t have the retail capability and we don’t plan to have it. We will get to market through our partners,” says Abel Avellan, CEO of AST & Science.

The US-based company has developed a LEO satellite that can provide 4G and 5G broadband connectivity direct to unmodified smartphones. Its first satellite is already in orbit and it has already disclosed an impressive range of partners, including Vodafone, Samsung, American Tower and Japanese e-commerce giant turned mobile operator Rakuten.

Avellan envisions a customer who, when they lose coverage, receives a text from their mobile operator offering to reconnect them – for a fee, of course – through AST & Science’s satellite network, which will carry the retail brand SpaceMobile. Alternatively, customers could be given the option to add SpaceMobile as a bolt-on to their mobile subscription. Either way, the job of pitching SpaceMobile to the end user will be down to the mobile operator.

There is nothing new about using satellites to extend terrestrial coverage to unserved locations, but changing economics means the barriers to satellite 5G adoption are coming down. New, cheaper satellites are lighter and equipped with some of the same components commonly found in terrestrial network infrastructure.

In addition, the likes of SpaceX, with its reusable rockets, has brought launch costs down and increased competition in the launch market. All of this adds up to broaden satellite’s appeal and help it reach new customers.

For a ‘traditional’ player like Intelsat, which has a fleet of more than 50 geosynchronous satellites and attendant teleports, plus a newer, high-throughput satellite (HTS) network, called Epic, its primary role in mobile has been to provide backhaul to remote base stations. That role will continue in 5G, where its satellites can support some of the less demanding applications. The company also sees opportunities to go after higher-value IoT customers. “Monitoring of remote, critical infrastructure, like the electric grid, water grid, oil pipelines – we see these as big opportunities,” says Collins.

“IoT is the river of pennies,” Collins continues. “But... we can come up the value chain because the infrastructure we’ll be monitoring is valued in the tens of millions or hundreds of millions of dollars. That’s where we think we can play.”

Following its unsuccessful attempt to merge with the now-struggling LEO operator OneWeb, Intelsat is looking at other ways of getting closer to Earth and into new areas of the market. “We’re particularly interested in HAPs as a solution that has potential synergies with what we do,” says Collins. “Put it this way: if somebody is going to get it right, we want to be that person.”

For Sateliot and its upcoming NB-IoT constellation, that aforementioned river of pennies is ideal. “It’s not our objective to have real-time connectivity,” says Sanpera. “Logistics will be the first sector, then maritime... then agriculture,” he predicts. “Connected car is not in our reach. We are not going for smart cities or smart homes.”

Meanwhile, AST & Science is set on helping mobile operators deliver broadband connectivity to remote and unserved locations. “We see two core opportunities. One is the billions of phones worldwide that move in and out of connectivity every day. Every time you move out of terrestrial coverage, or if the connectivity is poor or very slow, you can transition to our system,” says Avellan. “On the road, camping, on a boat, a plane – any place where your phone gets out of reach is a user case for us.”

The other core opportunity is connecting the unconnected. “Three billion people live or work in places where there is no broadband connectivity to their phones and one billion people have absolutely nothing,” Avellan says. “This use case has a lot of social impact and can potentially lift hundreds of millions of people out of poverty.”

The renewed interest in satellite-based connectivity has fired the starting gun on a new space race. As well as the aforementioned players, there is also SpaceX’s LEO constellation, Starlink, which aims to provide global broadband coverage.

Other new players include Lynk, which has tested what it calls a cell tower in space: an LEO satellite that can send text messages directly to unmodified handsets. Europe-focused Eutelsat is in the process of rolling out an LEO constellation so it can offer narrowband IoT connectivity. It counts IoT pioneer Sigfox among its partners.

This flurry of activity raises the question of whether the market is big enough to support multiple providers of global satellite coverage. “I do not see more than five to sevven LEO IoT constellations. More than this is completely crazy,” predicts Sanpera. “We are in the first movers, but this doesn’t mean we are going to take the whole market. There will always be the large geosynchronous providers in the game as well.”

AST & Science’s Avellan also sees the importance of getting in early with a new innovation. “[Satellite] broadband connectivity using antennas and terminals is a competitive, crowded space. The space we’re in – offering a cellular broadband connection direct to smartphones – is different,” Avellan says. “We’re not naïve enough to think no one else will do it, but we’re not aware of anyone else anywhere that’s doing exactly what we’re doing.”