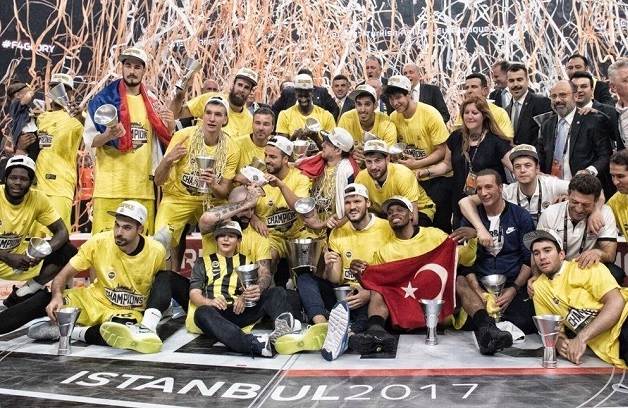 Vodafone Turkey has held a demonstration of Massive MIMO technology at a basketball match, boosting downlink throughput by 13 percent.

The infrastructure was in place for the final round of the EuroLeague tournament in Istanbul, which took place last month and involved CSKA Moscow, Real Madrid, Olympiacos Piraeus and Fenerbahce Istanbul.

Malik Rao, CTO at Vodafone Turkey, said it wanted to solve bandwidth issues at the heavily attended event so fans could share video and pictures.

It placed a 64x64 MIMO site at one corner of the stadium, in addition to the existing macro cells. The Massive MIMO technology used the 2.6GHz TDD spectrum band, which sends and receives communications across one band and is supported by an increasing number of smartphones in the country, Rao said.

He added: "Massive MIMO technology, which is also set to become a key feature of 5G in future, provides higher capacity and throughput because is capable of doing ’full dimensional beamforming’, which means it can focus the mobile signal in beams that can be pointed horizontally and vertically to reach each customer."

Rao said the trial led to almost a quarter of data demand during the event being provided by the Massive MIMO cell. He added downlink from the base station to smartphone increased by just over an eighth.

"The Massive MIMO cell provided around four times better spectrum efficiency than an FDD cell during the event," he said. "Spectrum is an extremely valuable resource. Enabling several customers to use the same spectrum range at the same time via massive MIMO is an efficient way to meet the demand for capacity."

The operator did not name which vendor it had been working with on the project. Rival Turkcell also held a trial of Massive MIMO this month.

Earlier this week, Vodafone UK said two Massive MIMO sites have gone live on its network. The operator is using its home market to debut the technology on its commercial network, as well as conduct trials about potential use cases.