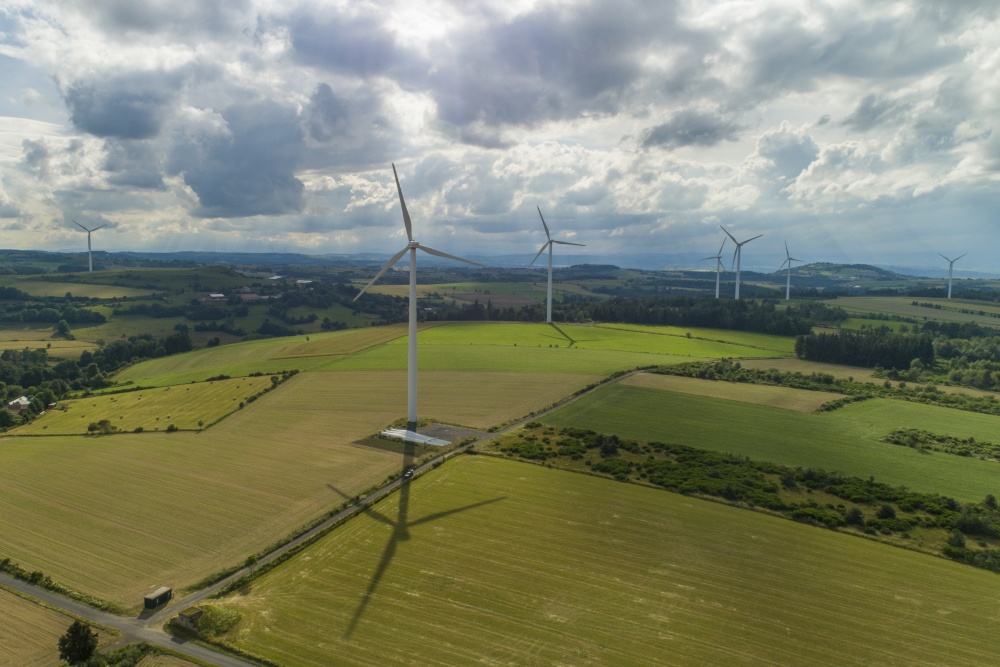 Orange France signs up for wind power, Telefonica's green bonds bear fruit and Swisscom is seen as an international bellwether for sustainability.

It will supply Orange with 67GW a year of renewable electricity produced by the 26 wind turbines at the Ally-Mercoeur wind farm in the Auvergne Rhône-Alpes region (pictured).

The five-year agreement will come into force on 1 January 2021 and account for all the electricity produced by the wind farm, which has an installed capacity of 39MW.

This illustrates Orange’s ambitions to control the energy and environmental impacts of its networks, at a time when the volume of data sent over the networks is growing.

Sustainability is a core part of Orange Group’s Engage2025 strategic plan launched last December, when it pledged to beat by ten years the GSMA’s targets of being net zero carbon by 2040.

Swisscom has been voted “the world’s most sustainable telecommunications company” by World Finance magazine. Monika Wojcik, Head of Special Projects at World Finance said that in particular, the jury acknowledged Swisscom’s Work Smart Initiative, the launch of its Internet of Things (IoT) in 2016, and the creation of its IoT Climate Award.

Also, the magazine noted, telcos have a relatively small ecological footprint and opportunity to help their customers improve their own sustainability through smart products and educational campaigns. According to the jury, Swisscom is a pioneering example of this: “Swisscom’s initiatives set the standard for other telecommunications providers and organizations all over the world.”

The Boston Consulting Group confirms this: In a recently published sustainability benchmark in the telecoms sector, Swisscom came top out of 18 sustainability-conscious telecom providers worldwide.

Telefónica too has won a recognition for its Climate Bonds Initiative which was launched in 2019 as is a non-profit organisation to promotes investment in a low-carbon economy. Its prize “recognises Telefónica's green bond issue at the beginning of 2019, the first in the global telecommunications sector.” The bond raised €1 billion to be invested in projects full fibre broadband, which is said to be is 85% more energy efficient than copper lines.