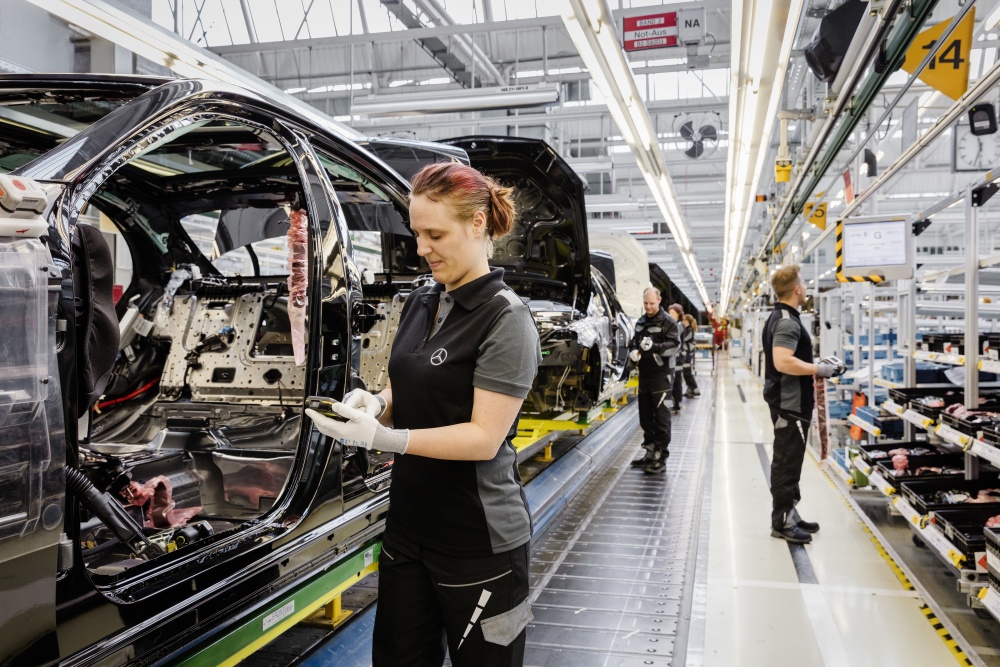 The 5G network was built by Ericsson and Telefonica Germany, and is the first in the world to be set up for car production.

Markus Haas, CEO of Telefonica Germany, said that with 5G, the concept of Industry 4.0 will be realised, characterised by data-driven, digital control of networks and systems that enable huge amounts of data to be processed quickly.

The production data is protected from unauthorised access on a private network. The factory is designed to be resource-efficient, networked and flexible, said Daimler's CEO, Ola Källenius, and sets the direction for future car production at Mercedes-Benz.

This means workers receive information and instructions on their tablets. The system can update the production status onstantly, and plan machine maintenance early so that interruptions to production can be minimalised.

Production can be switched over within a few days to meet market demand, so all models with all types of drive can be produced there.

Factory 56 in Sindelfingen will produce the new generation of the S-Class range.

The new factory cost €730 million, took two and a half years to build and is the size of 30 football (soccer) fields at the established Sindelfingen plant.

The S-Class is the top of the range model from Mercedes-Benz and its assembly will be 25% more efficient than those previously built at the location (shown in picture), according to Daimler.

An electric version of the sedan, the EQS model, will follow in the coming year.

More than 1,500 employees are to work in two shifts at ergonomically optimised stations with mechanical and digital tools.

In total there are more than 25,000 employees at the Sindelfingen site.