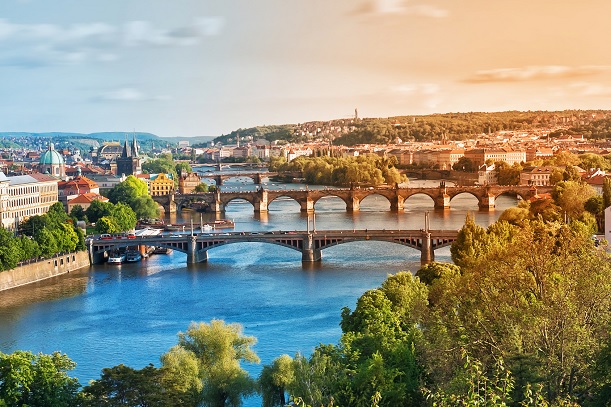 The Czech Telecommunication Office (CTU) appears not to have achieved its goal of introducing a fourth player into the market via the 5G spectrum auction.

The CTU said it has successfully completed the auction phase of bidding on specific blocks of spectrum for 5G networks, with five groups winning spectrum bids.

However, most of the frequencies went to the incumbents – O2 Czech Republic, T-Mobile and Vodafone, which the regulator fears will not do enough to drive down prices that are the highest in Europe.

In total, the five firms agreed to pay a total of CZK5.596 billion (€211.58 million), with the big three securing blocks in the 700MHz range suitable for deploying national networks.

In the 700MHz band, O2 gained the 2×10MHz block connected with the commitment to provide national roaming and services for public emergency and security bodies.

Other blocks in the 700MHz band were acquired by T-Mobile and Vodafone.

In the 3400MHz-3600MHz band, blocks of 20MHz "connected with the commitment to lease frequencies to support Industry 4.0" were won by O2 and CentroNet.

Other successful applicants in this band were T-Mobile, Vodafone and Nordic Telecom 5G: the latter said it would look to offer mobile services to customers around the country, but it will be dependent on O2 Czech Republic’s network, which is majority-owned by the country’s richest person Petr Kellner and won a block that has national roaming commitments attached.

Two other groups – PODA and Sev.en Innovations – bid but did not succeed.

With the government keen to see new competition to drive down mobile prices that are among the highest in Europe, Nordic Telecom has said it will look to offer mobile services to customers around the country.

Commenting on the auction results, the country’s industry minister Karel Havlicek said on Twitter that ‘new players would increase competitive pressure on existing operators and industry would have better access to 5G after the auction’.