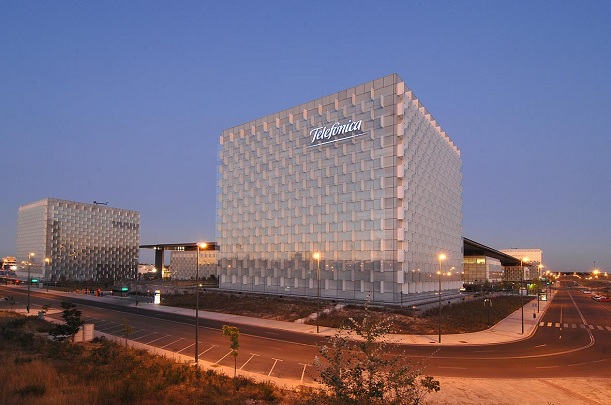 The four collaborators recently put edge computing on trial in Germany’s financial services capital Frankfurt. The trials comprised road safety tests, which set out to determine just how ‘seamlessly’ Continental’s application can run across two mobile operator’s networks. The quality of seamlessness is rarely strained but the video from Continental claims to be a warts and all depiction of the smoothness of the handover it can achieve as two networks mesh in the same geographic location.

This joint trial is an exciting development because it’s the first time anyone has managed to interconnect the edge computing resources of two operators in one location for a specific use case, according to Juan Carlos Garcia, Telefónica’s SVP of technology innovation ecosystems.

In the video a driver and cyclist each subscribe to a different mobile operator and approach an intersection in Frankfurt, Germany. A low latency connection to the edge network communicates each user’s real-time location, speed and direction of travel via the Continental application running in the background. Ultimately, a warning alert about a potential collision is sent to each user.

Another demonstration shows an alert (warning signal) delivered to a pedestrian about to cross paths with an autonomous vehicle in motion. In both cases, the mobile sessions take place across two distinct operator using MobiledgeX’s Edge-Cloud cloud orchestrator.

The two edge cloudlets were run from DT and Telefónica O2’s live network data centres. The Continental app was then installed in each edge and interconnected. The triallists claim this is instant intervention, of the minimal latency needed by a real-time application, is an industry breakthrough. The response times shown proves the stability and reliability orchestrated with close harmony cloudlets. This, they claim, shows that service providers can guarantee all the conditions needed for optimum application performance on congested networks.

Operator's edge joinery must be seamless

If they can do this in remote geographic regions than apps can run seamlessly across multiple mobile network operator (MNO) edge networks, wherever they are, claim the trial participants.

From a service provider’s perspective MobiledgeX’s Edge-Cloud orchestrator gave a single aggregated view of the edge footprint from different MNOs to ease the deployment of an app, managed from a single console by the developer. The MobiledgeX Edge-Cloud platform simplifies the management and fine tunes the engines of mobile network edge cloud services, says Thomas Vits, Product Management Consultant, MobiledgeX.

The demo video will also reassure stakeholders over the issues of privacy, by processing sensitive customer data (such as the user location in this case) as close to the customer as possible and within national borders.

Any app developer needs to know that their users can expect instant responses when their system is running over an edge compute infrastructure, said Dr. Snigdhayan Mahanta, Continental’s product owner for advanced engineering in automotive technologies. If the systems crash so will the mobile users.