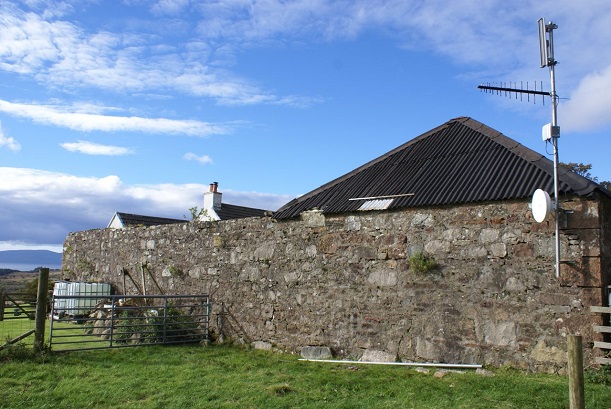 A new scheme to use planes as flying base stations could provide a cheap and easy route to full five 5G coverage across the UK. Scotland, which will pilot the  'flying mast' invention, would be the first to benefit but the scheme could extend across the UK and even to parts of Europe.

The scheme is proposed by Stratospheric Platforms (SPL) of Cambridge, which has developed a HAP (High Altitude Platform) which can provide uninterrupted 5G connectivity across distances of 140km, bringing mobile broadband services to the remotest enclaves of Britain, it announced on the web. The service could be expanded to cover the UK and northern Europe, it says.

With the backing of Deutsche Telekom (DT), SPL has been working on wide area 5G telecommunications systems since 2016.

It has now submitted a proposal to the Department for Media, Agriculture and Sport (DCMS) for a system giving complete coverage of the UK from a small fleet of aircraft operating from Prestwick airport in Scotland.

The coverage capacity was originally designed and created to tackle Scotland’s challenging terrain but the technology could be extended across the UK.

SPL’s Stratomast HAP delivers wide area, high data rate, flexible telecoms by acting as a network of masts in the sky. A single Stratomast system is a cheap and easy way to guarantee 100 per cent geographic connectivity to the whole of Scotland, it’s claimed. Each aircraft can simultaneously provide home broadband services to properties in rural and remote areas and 4G/5G mobile phone coverage

Is it a plane? No it's a flying base station

Each Stratomast HAP carries a large high-power telecommunications system capable of covering up to 15,000 km.

The aircraft and payload are powered by a hydrogen powered system with ‘zero net emissions’, SPL says. A fleet of 21 aircraft, capable of providing 100 per cent coverage over Scotland, needs only eight offshore wind turbines to generate the power needed to produce Hydrogen from sea water and a service throughout the year with an availability greater than 99.9 per cent, SPL says.

The Stratomast system benefits remote and rural regions by providing a communications service which only requires standard mobile phones for mobile connectivity, or aq sub-£100 MiFi device to bring broadband to the home.

The system needs no unsightly expensive additional infrastructure, towers or fibre optic cables across the land or seabed, says SPL.

No data rates were specified by SPL but it did claim that the Stratomast HAP’s rates would be ‘significantly higher than anything that can be provided by satellites’ without the need for a satellite ground stations.

From a Scottish airbase, such as the UK space port Prestwick, SPL says it could provide full geographic coverage, not just to Scotland, but the whole of the UK and large parts of Northern Europe, it claims.