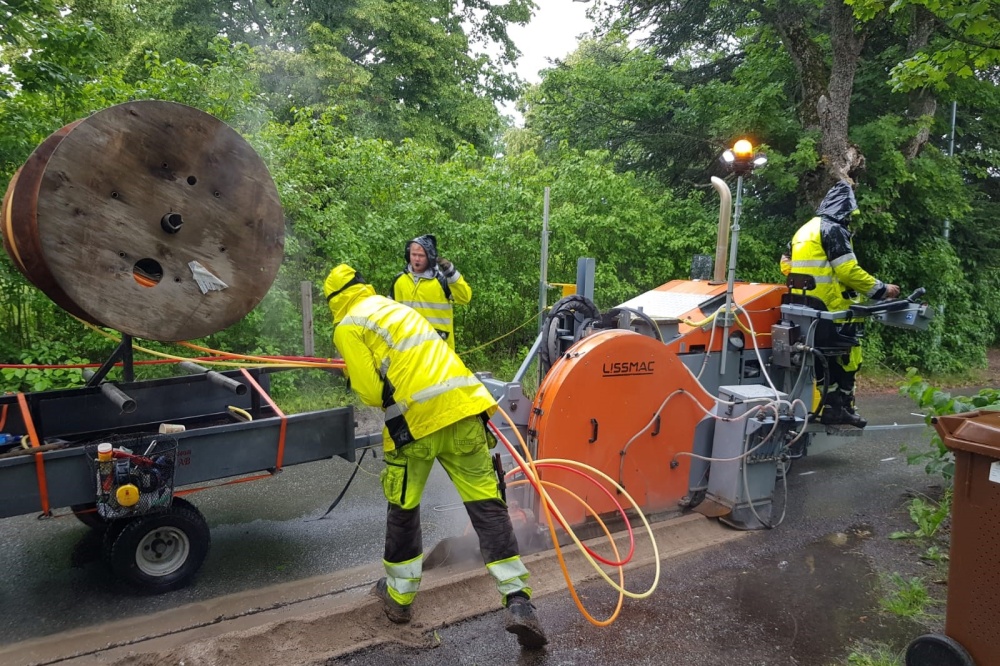 Rivals ask: is the market leader a fibre fibber?

Telekom Deutschland (TD), the domestic operating unit of Deutsche Telekom (DT) has upgraded fixed broadband speeds for an additional 174,000 homes in August and it has given 34.3 million data maximum rates of 100Mbps. There are 262.2 million homes across Germany capable of 250Mbps, reports Comms Update.

In a DT blog post, design engineering access expert Tim Schielke, explains how DT has removed some bottle necks in the logistics pipeline and sped up the progress of fibre to the home.

Deutsche Telekom has completely reversed the foundation order of house building and broadband infrastructure, Schielke writes. In DT’s method the fibre optic connection is there before the house construction work has even started.

A mysterious black drum, the so-called G-Box, is the agent of this intelligent network expansion. Fibre optic connection is in front of the house, says Schielke. Under German directives, “whoever digs a pit for others - supplies them with fibre optics,” says the DT blog. “The telecom technicians lay the fibre optic cables on the individual properties at an early stage, which were previously agreed with the municipality. From the network distributor [we get] the familiar grey box on the roadside [and] an empty pipe leads to a parcel. The hair-fine glass fibres are then blown into these seven millimetre-wide Speednet tubes with a compressor, as it were via Internet Pustefix,” the blog says. Schielke implies that it’s childsplay.

The only piece of technology that still peeks out of the G-Box at the end is a standard fibre optic connector, Schielke says. When the new residents move into their house they’re given a prepared connection set from TD. This fibre optic quick start kit should be connected to their router a “good day later, the proud new builders can surf the Internet at fibre optic speed,” says Schielke.

Putting on the writs

However TD’s network building techniques are the subject of controversy in Germany.

Deutsche Telekomwatch reports that the 2019 ruling that cleared the path for the Telekom Deutschland’s fibre joint venture with energy company EWE has been deemed illegal. This decision was taken last week when the Higher Regional Court in Düsseldorf (Oberlandesgericht Düsseldorf), finding in favour of competitors Vodafone Germany and Deutsche Glasfaser who have complained that the JV has undermined competition in Glasfeser Nordwest’s area of operation - North Rhine‑Westphalia and Lower Saxony.

According to the report, they complain the competitive obligations on the JV are sufficiently strong enough to result in “restrictions of competition” and “slowing down the expansion of fibre optics in the north-west instead of accelerating it”.

The obligations were set out by the Federal Cartel Office before Glasfaser Nordwest started operations, early in 2020.

Among other things, the JV is required to provide access to its network on a non-discriminatory basis and operate on “normal commercial terms,” but the Federal Cartel Office granted a concession – the JV is not subject to the stiffer rules regarding tariffs on Telekom Deutschland’s other wholesale business.

This did not play well with the incumbent’s competitors, although EWE and Telekom Deutschland also committed not to restrict itself to deployment in areas where there were cable networks.