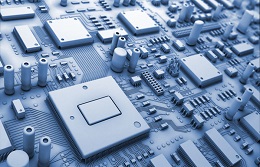 Chip maker Arm is setting up a 5G Solutions Lab with systems integrator Tech Mahindra, to test new Open RAN systems. It should open early in 2022, according to a blog by Chris Bergey, general manager of Arm’s infrastructure line of business.

While encouraging creativity among 5G network builders, Arm is also positioning itself as the engine of choice to drive 5G transactions.

"Diversity of the ecosystem, including hardware and software, has become very critical," Panch Chandrasekaran, the director of Arm's 5G carrier infrastructure segment, told Light Reading. "Operators wouldn't like to go from where they are today to a CPU [central processing unit] architecture lock-in."

Arm says the initiative is supported by chip vendors including NVIDIA, NXP Semiconductors and Qualcomm. Cloud operators involved include Google, cloud customer Dish is an early participant and telcos such as Vodafone are influencing developments.

Many of the smartphones and tablets that connect to carriers’ 5G networks use Arm-based silicon, but Intel has made inroads into the RAN space as proprietary kit makers no longer dominate network building and commodity servers are being used to power transactions.

Arm is looking to establish itself in the engine room processing 5G’s trillions of transactions.

Do sweat the small cells

“This has been a milestone year in the adoption of 5G,” wrote Bergey in the Arm company posting. “Commercial 5G networks are now live in more than 60 markets and connections are expected to reach 692 million by the end of this year.

"This is only the beginning. To achieve the true potential of 5G, the majority will be powered by Arm-based chips.”

The Arm 5G Solutions Lab will encourage its partners to try out news 5G use cases and Bergey mentioned the areas of small cell and cloud-native RAN Intelligence Controller projects as key battleground in the fight for supremacy among 5G service providers.

Those who can solve the problems of cell organisation and data exchange will be in the ascendancy, according to Bergey.

“The Arm 5G Solutions Lab serves as a confluence to help bring 5G alive and generate revenue faster,” Bergey said. “We envision the Lab as a catalyst for the Arm ecosystem to develop and deploy a 5G network infrastructure that leverages the inherent benefits of performance, power and cost of the Arm architecture.”