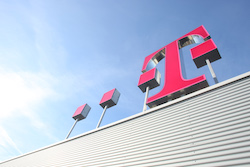 Deutsche Telekom has extended vectored VDSL to a further 317,000 premises, giving end users access to up to 100-Mbps broadband.

Until now, regulations have prevented the German incumbent from operating the high-speed network in locations where infrastructure deployments were partly funded by government subsidies. Those restrictions have now expired, and vectored VDSL, which augments the telco's fibre-to-the-cabinet (FTTC) network to offer faster connections, has been made available.

Deutsche Telekom said offering vectoring is simply a case of replacing cards in street cabinets, meaning customers won't have to put up with disruptive construction work. The upgrade means some residents in some areas will see a doubling of downlink speeds and a quadrupling of uplink speeds.

In addition, in 2019, Deutsche Telekom has pledged to upgrade the headline speed of 95% of premises covered by its vectored VDSL network to 250 Mbps from 100 Mbps.

"We are making great progress on expanding broadband in Germany", said Walter Goldenits, Chief Technology Officer of Deutsche Telekom's domestic operation. "And we are now reaping the rewards of all our hard work over the last few years. Every month brings confirmation that we have the right network strategy to catapult Germany into the gigabit age."