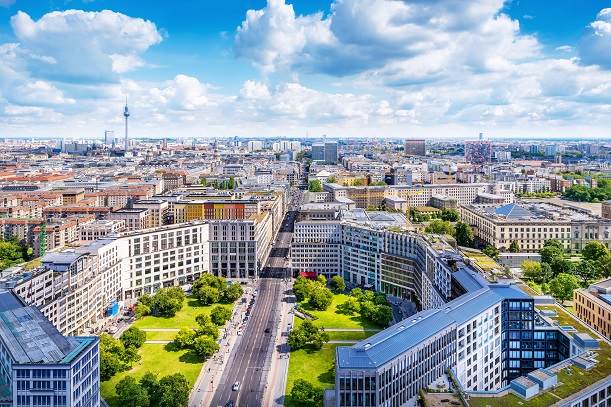 Deutsche Telekom has tapped 5G New Radio to hit speeds of more than 2GBps and latencies of three milliseconds on its commercial network in central Berlin.

The operator worked with Huawei on the demonstration, which was over 3.7GHz and was claimed as a European first by using commercial sites.

The trial used the latest version of 3GPP's Non-Standalone New Radio standard, which is set to be finalised in time for the standard body's Release 15, due in December 2017.

Under the standard, connections are anchored in LTE while 5G NR carriers are deployed to boost data speeds and also shrink latency.

It is hoped 5G New Radio will be deployed in sub-6GHz bands to support wide area coverage, offering multi-gigabit speeds at low latencies.

Claudia Nemat, Deutsche Telekom Board member for Technology and Innovation, said: “5G new radio will be critical for meeting our customers’ ever-increasing connectivity requirements that are steadily growing with more and more network connections. Our achievement demonstrates the feasibility of our plans to deliver a superior, new customer experience.”

Bruno Jacobfeuerborn, CTO, Deutsche Telekom, added: “With this real-world achievement, Deutsche Telekom is making its first important step towards a 5G network launch. When the standard is defined, we will trial it in 2018 to prepare the ground for a wider deployment of commercial sites and the offering of devices for the mass market as they become available.”

Earlier this week, Qualcomm announced it would trial 5G New Radio in partnership with Nokia. In addition to field trials and interoperability testing, the chipset maker said it was building a prototype device for the trials.