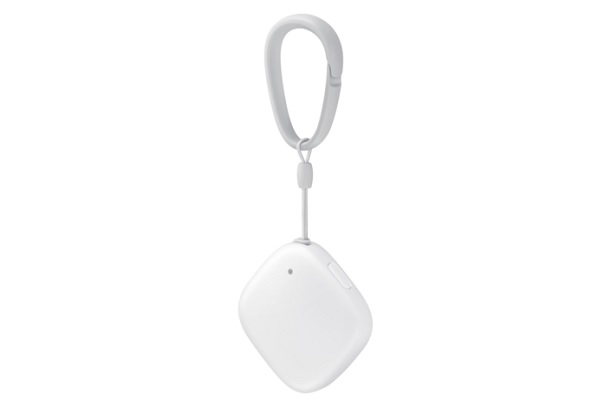 Samsung has launched an Internet of Things-connected tag that allows users to keep track of valuables or people.

The Connect Tag has been described as the first consumer product to use either NB-IoT or LTE-M technology. It also works with GPS, Wi-Fi-based positioning and Cell ID, which the manufacturer said can deliver accurate indoor and outdoor location information.

It measures 4.21 centimetres wide and 1.19 centimetres thick and is dust and waterproof. The battery can last for up to seven days on a single charge.

Other features include an on-demand function, which sends the tag's location to a user when they push a button on a smartphone. Users carrying the tag can also send their location to someone else or have periodic location notifications sent to a specific person.

The tag is also compatible with Samsung's SmartThings ecosystem of IoT products. A geo-fence feature will notify specific connected devices when a user gets within a certain radius. The manufacturer, whose CEO stepped down last week citing an "unprecedented crisis" at the company, said the tag could be used to switch on lights or other connected products when a user is approaching their house.

Vodafone has been trialling a NB-IoT-based luggage tracking solution with Samsonite but has yet to reveal details about a wider launch.

Aside from the British operator, NB-IoT technology has largely been deployed by telcos seeking to connect infrastructure networks. Last weekend Italian operator TIM went live with its NB-IoT network, which is initially being used to connect smart meters across 75 percent of the telco's IoT network.

While Orange is among the operators also exploring LTE-M, it told Mobile Europe earlier this month that it was pausing its plans for NB-IoT due to other IoT technologies being more attractive.