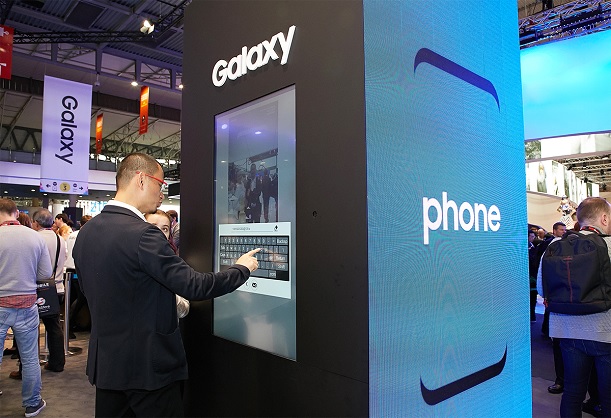 Samsung is launching a new voice-controlled assistant for devices that uses AI to improve the user experience.

The software, called Bixby, has been designed to integrate with existing applications, Samsung said.

Bixby-enabled apps would be capable of performing “almost every” task that a conventional touch interface could perform.

The simplified interface also incorporates awareness of the current context of the app, meaning that the user can continue with their current task.

Further, Bixby is able to understand commands with incomplete information, completing partial commands as far as it understands and prompting users for more information if necessary, according to Samsung.

The company’s flagship Galaxy S8, set for launch on 29 March, will come pre-installed with applications that are enabled with Bixby.

Samsung said it would expand the set of Bixby-enabled applications over time and that it would release a software development kit to allow developers to work with the AI assistant.

It also said that Bixby would be rolled out to other device categories such as smart TVs.

“Bixby is at the heart of our software and services evolution as a company,” wrote InJong Rhee, Executive Vice President, Head of R&D, Software and Services, about the product.

“We are fundamentally and conceptually changing our attitude toward software and services and working hard on innovation throughout all aspects of our mobile ecosystem.”

Samsung joins other device makers such as Apple and Google, which offer Siri and Google Now, in offering a specialised voice assistant.

A December report by Gartner predicted that a fifth of all user interactions will be through virtual personal assistants by 2019.