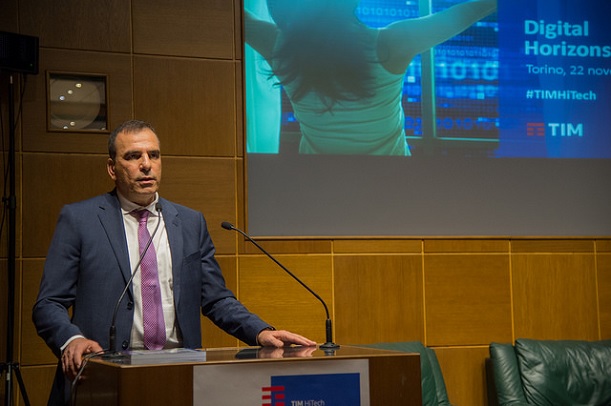 The internet is entering a “third wave” of transformation powered by 5G-driven AI, robotics and VR, the CEO of TIM has claimed, as the operator showcased a range of new innovations in Turin.

Giving a bullish assessment of technology's potential during a demonstration day at TIM’s Open Lab R&D centre, Amos Genish said the first wave had focused on connecting people and the second on increasing capacity.

He said: “Today, we are at the beginning of the third wave - the one that is about creating the ‘Gigabit society’.”

The TIM CEO claimed this third wave would enable “seamless interactions between people, objects and the environment”, with new applications including smart grids, homes, cars and buildings. He said this would increase efficiency and productivity and improve quality of life for citizens.

Genish cited AI, robotics and virtual reality as the three foundational pillars for the next wave, claiming these areas were doubling their performance and halving their price yearly.

Seeking to position TIM at the centre of this transformation, Genish said “Giga Networks” would be needed to support these technologies, offering not only bandwidth and coverage but high reliability and security.

“We want to make sure TIM is among the European leaders of the third wave of the internet revolution, with Italy being in the winning part of Europe."

Antonello Giacomelli, Undersecretary for Italy’s Ministry of Economic Development, who also spoke at the event, added that the Italian government would rely on private operators such as TIM to support the country’s goal to be a “forerunner” in 5G.

The optimistic comments sounded a different note to more cautious recent statements from other operators.

Last week, BT CEO Gavin Patterson said the industry had not found a business case for 5G yet, while the CTO of Deutsche Telekom claimed finance departments were sceptical of new technology such as network slicing.

A senior director at chipmaker Qualcomm said on Tuesday that operator CEOs and CTOs were convinced of the business case for 5G but faced a challenge in winning over investors.

The operator revealed how it was using its mobile networks to provide businesses and public authorities with data on consumer movements, allowing targeted advertising and monitoring.

It also showed a digital driving solution using AI to analyse sensor data to provide users with warnings and advice, as well as a virtual reality-based tour of the Pietro Micca Museum.

TIM plans to launch pre-standard trials of 5G in Italy next year, with areas including Bari, Matera and San Marino expected to see the first tests.