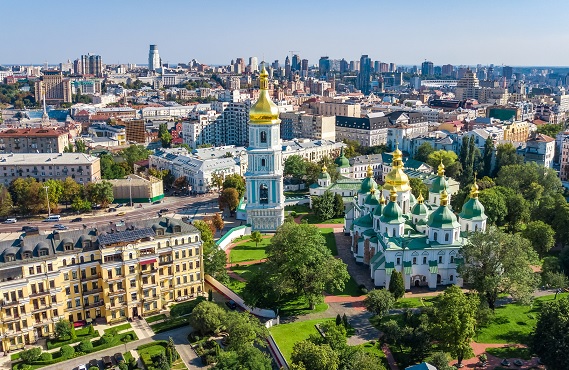 Vodafone Ukraine is targeting the first launch of LTE services on its network by the end of March, after securing spectrum in a recent auction.

The operator, which is a majority owned subsidiary of Russian telco MTS, paid UAH 631 million (€18.2 million) for the licence in the 2.6GHz band.

Vodafone Ukraine will initially target the country's largest cities with LTE, if it receives the licence in time.

It said if it is given its licences in the 1800MHz band by July of this year, it could start its plans for full geographical coverage. An auction of that spectrum is scheduled for March 2018.

Olga Ustinova, General Director of Vodafone Ukraine, said: "Our strategic goal was to obtain the cleanest available band, which does not conflict with other users, including both civilian and military entities.

"We are pleased with the auction results - we received a 10 MHz band to for the network construction in all regional centres, including Zaporozhye and Zhytomyr, which have restrictions in other lots."

Rivals Kyivstar and lifecell came away from the auction with 2x15MHz chunks of spectrum although it is unclear what their deployment plans are.

Jean-Yves Charlier, Chief Executive Officer of VEON, Kyivstar's parent company, said: “The acquisition of this spectrum demonstrates our ongoing commitment to our customers in Ukraine by allowing them to enjoy latest digital services and connectivity.”