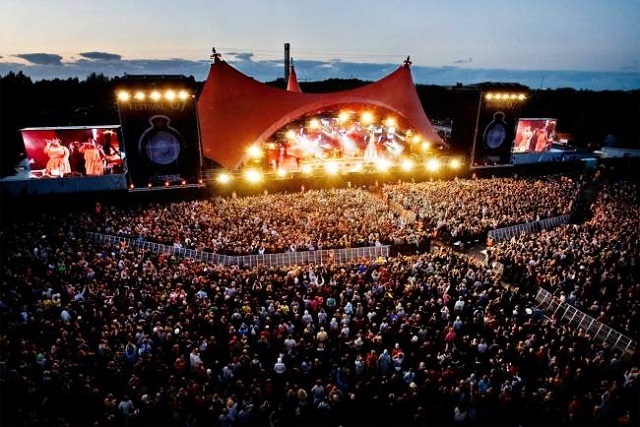 3 Denmark has boosted network capacity at the country’s recent Roskilde Festival by deploying a Huawei radio solution to alleviate congestion.

The eight day festival, which ended on Sunday (8 July), attracted 130,000 music fans and is the equivalent of Denmark’s fourth largest city by population. This year’s event saw Eminem, Dua Lipa, Bruno Mars and Nick Cave and the Bad Seeds among its performers.

Describing the challenges in connecting an event of this size, Kim Christensen, Director of the Network of 3 Denmark, said: “During events of this kind and size, we normally assure the mobile communication building temporary sites.

“Using this approach requires complex operations so that we must consider a multitude of additional factors, including power supply and transmission stability, network optimisation requirements, and operation costs. Therefore, we decided to adopt Huawei [hardware] for this year’s grand festival.”

The operator said it deployed Huawei’s 4T6S product, which is part of the Chinese vendor’s SingleRAN Pro solution, to expand capacity in the 1.8GHz and 2.6GHz bands through 4×4 MIMO.

It said upload and download times were decreased by 82 percent and 79 percent respectively. Huawei said overall traffic within the festival increased by 105 percent.

Meanwhile, Huawei and Audi have signed a Memorandum of Understanding in the vendor’s push into connected vehicles.

Both companies will work on research and development of intelligent driving technology, which gathers context specific information through a strong data connection.

They will also collaborate on joint training programmes to improve the skills of both Huawei and Audi, as well as new digital services for vehicles.

The agreement is the latest step in a partnership that was first announced in 2015.

Speaking yesterday, Saad Metz, Executive Vice President of Audi China, said: “Our aim is to improve safety and optimise traffic flows in order to create intelligent cities. The concepts will initially be concentrated on the Chinese market.”

The companies added that further services from the collaboration will be showcased at September’s World Internet of Things Exposition in China.