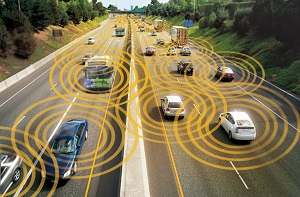 The number of M2M devices using 3G and 4G networks is set to double in the next four years, according to a new study.

Analyst firm Berg Insight has forecast that devices on 3G and 4G technology will overtake those on 2G by 2017 and “dominate” M2M communications by 2018.

HSPA will be the largest M2M technology while the 4G LTE price gap is closed, it added.

In North America, the majority of M2M devices shipped this year will use 3G technology following the shutting down of AT&T’s 2G network.

Analysts said the move by US carrier has “profoundly changed the M2M hardware market”.

3G is already the standard M2M technology in more advanced markets such as Japan.

Meanwhile in Europe, where the adoption of 4G LTE has been slower, M2M networks over 2G are forecast to extend “well beyond 2020” in most regions.

According to analyst Tobias Ryberg, the main reason behind the transition was down to growing data requirements.

“There is a general trend towards higher data consumption for most traditional M2M applications,” he said. “[Also], the automotive industry is getting very serious about realising the vision of connected cars, which require mobile broadband connectivity. Early adopters such as GM and Audi recently introduced their first car models with embedded LTE in the US.”

The study backs up one by Ericsson in June, which predicted that the number of M2M connections would quadruple within the next five years with 3G and 4G overtaking 2G devices in 2016.

Earlier this week, a study by ABI Research forecast the number of wireless connected devices will hit 40.9 billion by 2020.

ABI analyst Aaop Markkanen, said: “The driving force behind the surge in connections is that usual buzzword suspect – the Internet of Things.”