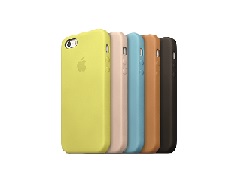 Apple is targeting health and the smart home as it launched what it called its “biggest developer release ever”, with more than 4,000 new APIs for developers ahead of the release of iOS8.

The iPhone maker’s Worldwide Developer Conference kicked off yesterday with a heavy software bias. It has made its iOS8 beta software available and SDK kit available to developers ahead of the software’s launch in the autumn, usually around the time its latest iPhones are released.

Its expected move into the smart home sector was revealed with the launch of HomeKit. The software allows specific home accessories to connect to Apple devices using a common protocol and secure pairing. Residents can control individual or groups of devices using Apple products as well as its voice control software Siri.

The operating system update also includes HealthKit APIs that allow health and fitness apps to talk to one another. Once a user has given permission, apps can receive data from others in order to produce a fuller picture of health and fitness.

Apple said it had also improved its gaming experience with the launch of Metal, a graphics technology that is optimised for the manufacturer’s A7 chip. The manufacturer said it has improved the draw call speed, the rate at which the graphic processing unit can render all of a game’s graphics, by a factor of 10. It said this means 3D games can be brought to mobile devices without them slowing down under the strain.

Among the other changes that will be introduced to iOS8 are new sharing options, photo filters and custom actions and document APIs. The OS now allows developers to build new widgets for the Notification Centre and introduce third party keyboards to the smartphone for the first time. Developers can also securely authenticate users within apps by using Apple’s Touch ID APIs.

Craig Federighi, Apple’s Senior Vice-President of Software Engineering, said: “With more than 800 million iOS devices sold worldwide, the opportunity for developers is huge. This is the biggest release since the launch of the App Store. The iOS8 SDK delivers more than 4,000 new APIs including amazing new frameworks, greater extensibility and a revolutionary new programming language.”

In addition to the smart home and health services, Apple has brought a variety of new features to iOS 8. Among the new features are the ability to share content with a swipe in the Messages app, predictive typing for its keyboard and expanded security and management features for employees using iPhones or iPads in the workplace.

Research agency CCS Insight said: “The moves seek to strengthen its ecosystem. It aims to attract even more developers with easy-to-use Swift programming language, and to extend its reach through greater access to Apple features.”