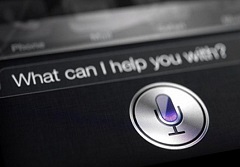 Apple has launched a new Siri-based, hands-free service for consumers that enables them to use an iPhone while driving.

According to the US-based company, a consumer can use CarPlay to access contacts, make calls or listen to voicemails by using its voice-activated Siri software.

The software provides turn-by-turn directions that appear in the car’s built in display and can anticipate what directions are needed based on recent trips, emails, texts or contacts.

The service also allows consumers to access their music, podcasts and audiobooks. CarPlay is available to Apple customers running iOS 7 with a device featuring a Lightning-enabled socket.

Greg Joswiak, Apple Vice-President of iPhone and iOS Integrated Marketing, said CarPlay lets drivers use their iPhone in the car with “minimized distraction”

Apple has announced deals with Ferrari, Mercedes-Benz and Volvo; the three manufacturers will demonstrate how the CarPlay service fits into their new vehicles this week at the Geneva International Motor Show.

Deals with an additional 13 car manufacturers including BMW, Toyota and Jaguar Land Rover, have also been signed, Apple said.

The first cars featuring CarPlay will go on sale this year.