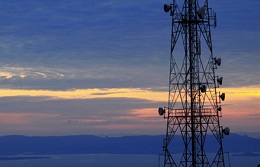 Arqiva will provide help O2 and Vodafone with network consolidation and 4G LTE deployment, after signing a 10-year site share agreement with both operators.

O2 and Vodafone have worked together for the past two years on its site sharing project, forming the company Cornerstone Telecommunications Infrastructure Limited (CTIL). Between them, O2 and Vodafone share 18,500 locations with cell site equipment and backhaul. The deal will give both operators access to more than 8,000 cellular sites that Arqiva operates.

O2 and Vodafone launched 4G LTE services almost a year after EE debuted the technology in the UK. EE currently can offer it to 73 percent of the UK’s population and has more than four million 4G LTE customers.

CTIL Managing Director Malcolm Collins said: “The vast network of Arqiva’s sites across the UK is a core component of facilitating this consolidation for the mobile network operators. This particularly offers us the opportunity to get the right site, at the right location, which will assist in driving better coverage, capacity and network speeds across cities, towns and rural locations for Vodafone and Telefónica UK customers.”

Nicolas Ott, Managing Director of Telecoms at Arqiva, added: “Working in partnership with CTIL we are supporting the provision of the core footprint for the future of 4G in the UK. As 4G continues its rapid uptake allowing consumers’ to enjoy a richer array of content on mobile devices, it is imperative that the infrastructure is in place to support this growth.”