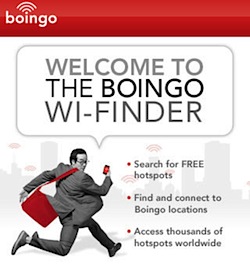 Boingo Wireless has announced a new partnership with public transport Wi-Fi specialist GOWEX that will expand its existing network across Europe.

Boingo’s small cells network currently covers over a million DAS and Wi-Fi locations that enables one billion consumers worldwide to access more than 200,000 hotspots across Europe, the Middle East and Africa.

The new deal sees an additional 1,400 GOWEX hotspots on public transport added to Boingo’s network in over 50 cities throughout Spain, France, Ireland and Belgium.

GOWEX, on the other hand, is known for providing smart Wi-Fi solutions in public transportation and is seeking to turn cities into “Wireless Smart Cities” with the help of geolocalised Wi-Fi to help carriers with data offload, to manage public utility services, to manage CCTV security on public transport and even to power and change advertising billboards, among many other uses.

With the new partnership, Boingo users will be able to access Wi-Fi on public transport in major cities such as Dublin, Paris, Marseille, Barcelona, Malaga, Seville and Bilbao. Carrier partners using the Boingo platform will also be able to offer their customers the extended Wi-Fi service.

Carriers currently partnering with Boingo on its wholesale platform include NTT DoCoMo, Verizon, KT, LGU+ and Skype. The provider also has bilateral roaming agreements with Orange, BT and TeliaSonera.

Bjorn Thorngren, vice president of international markets for Boingo Wireless said the GOWEX deal will ensure that users “won’t miss an email or an update whether they’re in Barcelona or changing Paris Metro trains at the Station de Bastille”.