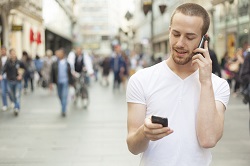 In October, UK carrier EE launched Category 6 LTE-Advanced, which could be used in conjunction with compatible Samsung handsets.

In a report which it published earlier this month, the GSA said the technology was being trialled, deployed or launched by 107 operators, or 30 percent of those running LTE. The association also said 49 operators have launched LTE-A in 31 countries, offering peak download speeds of between 110 and 300 MBps. Category 6 offers speeds of up to 300MBps on the downlink.

Alan Hadden, President of GSA, commented: “A further 22 Category 6 LTE-Advanced systems are also being deployed or in a trial phase. It means that 42 operators in total are investing in 300 Mbps LTE-Advanced deployments in 24 countries.”

A range of trials have extended the capabilities of LTE-A technology. Earlier this month, Finnish operator Ukko said it hit speeds of 507MBps by using two chunks of 2.6GHz spectrum in a lab test with Huawei.

Elsewhere this month, Ericsson enabled speeds of up to 150MBps in the 5GHz band by using a mix of licenced and unlicenced spectrum.

Tango gets set for LTE-A in Luxembourg in 2015