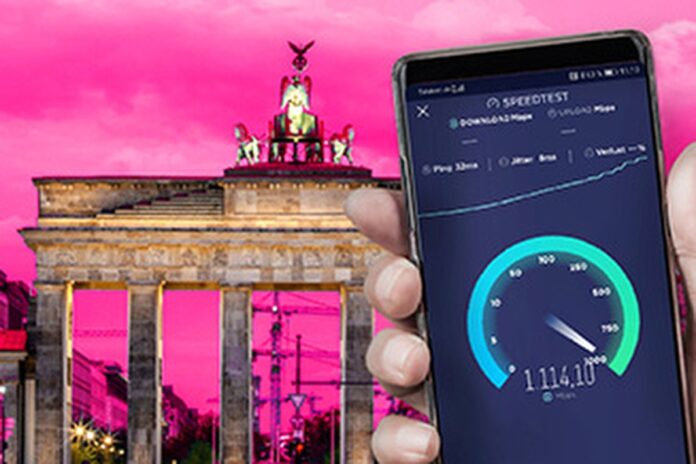 The operator claims the largest area of contiguous 5G coverage in Germany so far, at around 6km square, provided by 66 antennae in Berlin’s Mitte district.

The operator is treating each deployment as an opportunity to experiment and learn about the technology and different use cases.

There are 129 active 5G antennae in total providing bandwidths of 1Gbps or more.

DT is gradually expanding its 5G network clusters in these five major cities so that larger areas can be served, rather than just creating islands around individual antennae.

Hamburg and Leipzig will have 5G by the end of 2019: DT’s plan is to install more than 300 antennae in Germany by the end of the year.

“We want to build up as much experience as possible in terms of transmission planning during the initial expansion stage in 2019. We’re learning more with every single antenna we set up and adjust,” said Walter Goldenits, CTO at DT Germany.

In Berlin, the focus is to serve the city centre with its tourist hotspots, such as Potsdamer Platz. The capital has 66 antennae serving the districts of Schöneberg, Mitte and Kreuzberg. Over the next 18 months, Berlin’s 5G network is set to grow continuously.

In Cologne, as the IFA trade show – which claims to be the world’s biggest for consumer electronics and home appliances – gets underway, there are 12 new antennae providing 5G coverage in Cologne, which will have risen to 90 by the end of 2019.

In Munich, the initial focus is on 5G for business, increasing the number of antennae in action from nine now to around 50 by the end of the year. DT plans to deploy 5G in Munich’s city centre in 2020.

In Bonn there are 24 antennae and the focus is on a commercial district along with providing 5G for leisure use in the evenings and at weekends. The first antennae to go into operation are also located in the city center, at the main train station and in the Beuel district.

These are key convergence points in the public transport network, where mobile network usage is particularly high. By the end of the year, Deutsche Telekom aims to double the number of antennae in Bonn, bringing the total to more than 40.

In Darmstadt rollout started with test areas and comprises 18 antennae covering the main train station. Over the coming 18 months coverage will extend to the city centre and university.

The 5G networks in all cities that have it so far will be consolidated over the coming year, and 5G will be rolled out to more cities. By the end of 2020, at least 20 of the largest cities in Germany are to be connected to the network.

All 5G areas are recorded on the DT 5G coverage map at www.telekom.de/netzausbau, which shows customers where they can get a 5G signal.

The map will be constantly updated as new locations are brought online.

“To begin with, we are using 4G locations for 5G, as the new technology is being synchronised and brought to the network via LTE. You could say that 5G is piggybacking on LTE,” Goldenits explained.

He added, “When it comes to achieving rapid expansion, we appreciate the support of city and municipal authorities, particularly in terms of securing approvals quickly.”

There are plans to set up approximately 4,000 new LTE mobile base stations in 2019 and 2020, half of which will be located in rural areas.

They will be backed up by several thousand LTE extensions to existing masts, as DT aims to extend LTE coverage to 98% of the population by the end of the year.