EC: More spectrum required as 71% of wireless traffic on Wi-Fi 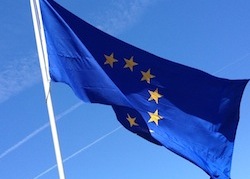 The European Commission has published a new study showing that people in Europe love Wi-Fi, and strongly recommends that extra spectrum be made available to meet the increasing rise in demand.

According to the EC’s “Study on impact of traffic off-loading and related technological trends on the demand for wireless broadband spectrum” report, 71 percent of all EU wireless traffic in 2012 was delivered to smartphones and tablets via Wi-Fi, and is expected to rise to 78 percent by 2016.

The report predicts that by 2016, up to €200 billion in network savings can be expected by offloading data traffic chiefly to Wi-Fi, and that mobile data traffic is estimated to grow by 66 percent annually from 2012 to 2017.

In the study, the EC defined data traffic offloading as routing wireless data that could be served by long-range cellular networks over “small-area access points” such as LTE or Wi-Fi.

Most legacy Wi-Fi equipment is based on the 802.11g standard which has a maximum bitrate of 54 Mbps and operates exclusively in the 2.4 GHz band, but some of the more recent devices now use the 802.11n variant which can support both 2.4 GHz and 5 GHz range.

802.11n enables multiple-input and multiple-output (MIMO) and wider 40MHz RF channels are able to extend bitrate to hundreds of Mbps, while the newest standard, 802.11 ac, enables even higher bitrates by deploying wider RF channels of 80 MHz or 160 MHz.

The Digital Agenda for Europe has called for the full availability of 30 Mbps broadband to all Europeans in 2020 and wireless will be key to achieving this objective.

The EC is recommending that operators use the 2.6 GHz blocks of spectrum that they acquired during 4G auctions to deploy small cells, which can be deployed alongside conventional macro cells operating in the lower frequency bands to greatly increase mobile network capacity.

The report cites specific examples of service providers across Europe who are looking to use 2.6 GHz in this way, including Tele2 and Telenor’s joint venture “Net4mobility” deploying a joint LTE network, as well as BT, whom last we heard, is still seeking an operator partner to enable it to deploy 4G small cells in parallel with its Wi-Fi portfolio.

Another way would be for 3.5GHz licensees with WiMAX networks in Europe to consider moving away from this declining technology and start operating their own LTE access networks or offering backhaul networks for Wi-Fi and small cells providers.

Global WiMAX subscriber estimate projections for 2012 have been downgraded from 70 million to 26.8 million. The EC now estimates that there are probably no more than one million WiMAX subscribers in Europe, so freeing up the 3.5 GHz band would be beneficial to the industry.

Freeing up spectrum from 5 GHz

Given spectrum for cellular network is expensive, the EC wants additional licence-exempt spectrum in the 5 GHz band to be made available globally to improve Wi-Fi coverage and Wi-Fi roaming.

While 5725-5925 MHz is currently being used for Intelligent Transport Systems in Europe, the spectrum is so little used that it would be possible to enable a sharing mechanism such as dynamic frequency selection (DFS) for Wi-Fi deployments.

As for the 5350 to 5470 MHz band, it is used globally by airborne aeronautical radars to detect local weather conditions.

Such spectrum is difficult to refarm, but the US is looking into whether it would be possible for Wi-Fi, aeronautical and other services could co-exist on the same band.

If spectrum could be released or shared from the 5350 to 5470 MHz band and the 5725-5850 MHz band, there would be a continuous band from 5150 MHz to 5925 MHz, which the study says would increase total bandwidth to 320 MHz, with the total amount of spectrum available for Wi-Fi deployment using 40MHz channels increasing by over 100 percent.

Last month, a report by EcrossH Ltd for Huawei in the UK identified five spectrum bands that could potentially be refarmed in order to avoid the risk of a mobile data crunch.