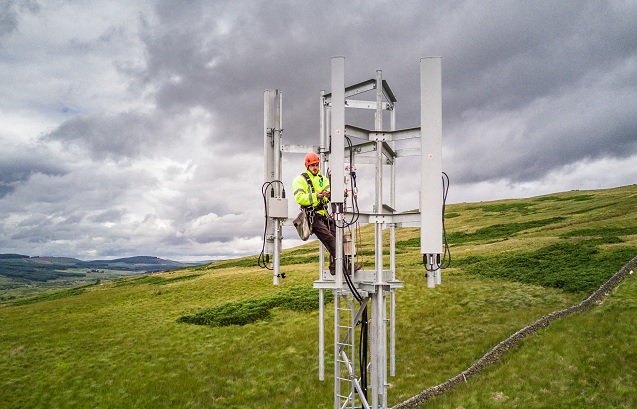 EE has reached 90 percent geographic 4G coverage of the UK as it seeks to deliver on a contract to support the country’s emergency services.

The BT-owned MNO said it had added 12,000 square kilometres to its footprint over the last year.

It achieved the expansion by upgrading 4,000 existing sites to support 4G, in addition to building 105 new sites to cover not-spot areas. The latter will also provide 2G coverage to support voice and text messages.

The new sites are spread across remote areas of Scotland such as the Highlands and Isle of Skye, as well as north Wales and northern England.

The operator said it expect to roll out an additional 350 sites as it seeks to reach 95 percent geographic coverage of the UK by 2020.

Marc Allera, CEO at EE, said: “Our customers need a 4G connection wherever they go. We’ve added an enormous amount of coverage in the last year, upgrading existing sites and building completely new ones to keep our customers connected in more places than ever before.

“Mobile coverage is critical to consumers and businesses and can provide a lifeline for those in need of support from the emergency services – that’s why we keep focusing on filling in more mobile not-spots across Britain.”

The new roll-outs are part of EE’s efforts to support the Emergency Services Network (ESN), a 4G-based communications system for the country’s police, fire and ambulance services. The ESN replaces the proprietary Airwave system, which will be shut down next year.