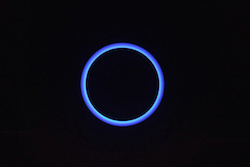 The Small Cell Forum and ETSI’s NFV Industry Specificiation Group are working together on a new project exploring the virtualisation of small cells.

Both organisations will collaborate on carrier requirements for virtualised small cells, as well as recommending the best methods of implementation.

The Small Cell Forum began its virtualisation program last year, which was in line with recommendations in ETSI NFV Use Case 6. The forum said that by working together, future ETSI use case definitions would feature advice from the small cell community.

The two organisations have been working together since 2010, holding “Plugfests” to help speed up the deployment of small cells through interoperability testing. Last year’s event explored multi-vendor SON in heterogeneous networks.

Alan Law, Chair of Small Cell Forum, said: “Virtualisation of the small cell layer and the radio network can open up a wide range of use cases and opportunities, so it’s important that we fully understand each of these. The work with ETSI enables us to align our work streams, providing input and conclusions that will help shape future use case definitions.”

Earlier this month, the Small Cell Forum issued Release Five, which explores the potential use cases for small cells in remote and rural areas. A Plugfest exploring this area will take place next month.

In January, ETSI announced it was launched Phase Two of its virtualisation project.