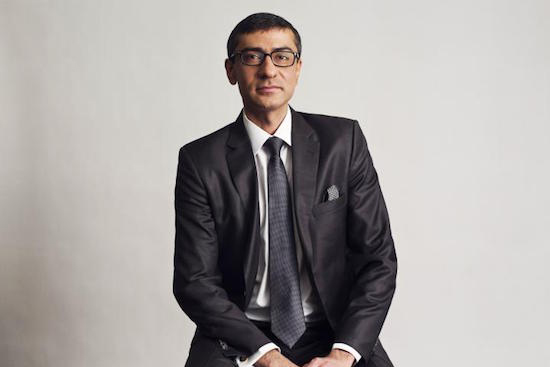 5G activity in Europe will be dwarfed by that of the United States and Asia, the CEO of Nokia has said, as the Finnish vendor announced new Wi-Fi products, 5G trials and further work with Facebook.

Nokia’s event, on the eve of Mobile World Congress, has a less scattershot approach to announcements than some of its fellow telcos.

CEO Rajeev Suri was bullish about the years ahead, as you imagine any vendor banking on future technology would be, citing new Wi-Fi products and an associated acquisition, a new project with Facebook, and 5G trials as reasons to be cheerful.

However, he was less excited about 5G’s potential in Europe, at least for now. He said he thinks Europe will continue to “lag” behind the soaraway front two of China and the United States, as well as the chasing pack of Japan and South Korea.

He said: “It’s unfortunate that even if I’m optimistic by nature, I do not see catalysts for 5G in the near future.”

When asked by Mobile Europe why this is, he said the simple answer is that there’s a lot of capacity in existing networks. Operators are not playing around with aggregating that second carrier, let alone a third.

Separately, he also bemoaned the European landscape and its unique regulatory approach, a familiar topic at Mobile World Congress and one that is likely to be returned to tomorrow (26 February). He says ARPU is much lower than the other side of the Atlantic, giving operators a lower ability to invest. He bluntly said there are “too many operators” across the continent as well.

Nevertheless, Nokia was still putting a bit of faith into its home continent, in the form of a 5G trial in Italy, easily one of Europe’s most 5G friendly countries. Nokia launched a trial in Milan with Vodafone Italy, using its AirScale massive MIMO antenna and baseband products.

A test of the technologies in real radio conditions has already been held in the railway station at Cadorna Square, delivering HD video over a wireless network.

A Nokia spokesperson said: “This first test, performed with an experimental device provided by PRISMA Telecom Testing connected to the Nokia massive MIMO 5G solution, demonstrated how the very low latency of 5G can enhance the customer experience of video applications.

“As part of the 5G Trial in Milan, Vodafone and Nokia will also develop specific advanced use cases across various industries.”

The aim is to see how smart cities can deliver new kinds of services including automated vehicles and vehicle safety.

Suri claimed to be an optimist, noting at one point that “I know it sounds like hyperbole but 5G will really change how we work and we play”.