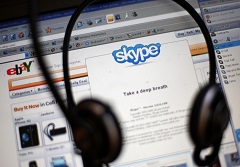 The mobile video calling service customer base will increase to over 130 million users by 2018 but companies are unlikely to make much revenue from them, according to a new report by Juniper Research.

The “Future Voice Strategies” report said because only a very small number of users pay for voice calling, companies need to offer a broader array of services and apps that can be monetised. It said the market is being undermined by the volume of companies offering video calls for free.

The report said firms such as Kineto and Amdocs have found a suitable position in developing OTT monetisation strategies for multinational operators.

To increase monetisation options, OTT video players have widened their service offering and opened their client bases to third party games and developing their own apps.

“The role of mobile video calling is becoming clearer,” said the report’s author, Anthony Cox. “With a number of OTT players having gained a critical mass of users through the provision of free video services, those players are now introducing an array of premium products or creating revenue-share partnerships to create a viable revenue stream.”

Juniper also estimated that new technological standards such as WebRTC would improve integration of mVoIP functionality into web sites and mobile apps. This, according to Juniper, would make things easier for developers of new services.

The research house predicted that most operators “will adopt VoLTE” with the arrival of 4G, which would increase their network efficiency. However, an increase in revenues is not expected.

Juniper added: “MNOs and rival OTT carriers are collaborating on creating advanced carrier OTT voice services, potentially representing the most important change in the voice market since the advent of VoIP itself.”